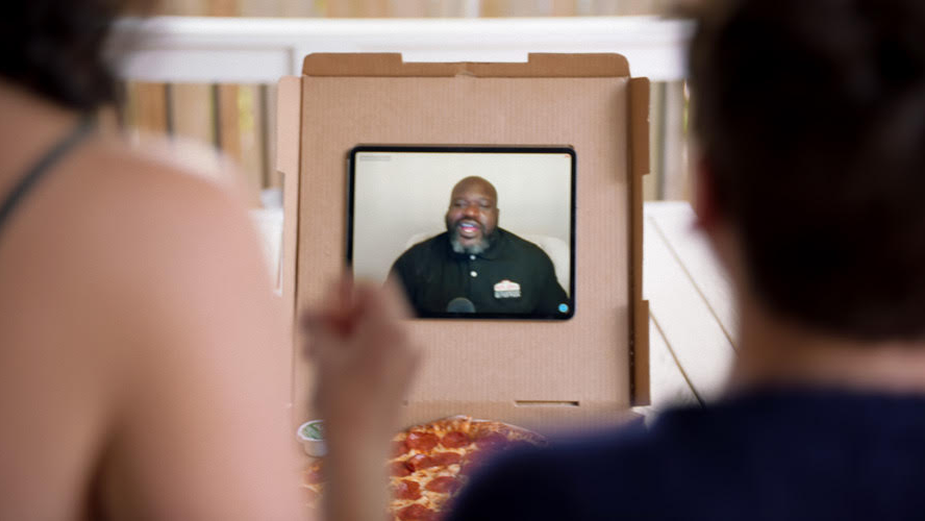 Papa John’s announced today the launch of the new Shaq-a-Roni pizza in collaboration with board member and restaurant owner Shaquille O’Neal. Designed to deliver a bigger pizza experience, Papa John’s will donate one dollar from every Shaq-a-Roni sold through August 23rd, 2020 to The Papa John’s Foundation for Building Community, which supports communities as they work together for equality, fairness, respect and opportunity for all. Camp + King celebrated the launch with its latest work, featuring Shaquille O’Neal himself surprising Papa John's customers.

“It was important to me for the Shaq-a-Roni to be bigger than just pizza. By giving my new pie a try, one dollar will be donated to The Papa John’s Foundation for Building Community to support COVID relief, the fight against racial injustice, Boys & Girls Club of America and general community involvement,” said Shaquille O’Neal, Papa John’s board member and franchise owner.

Conceived by O’Neal himself, the Shaq-a-Roni is an extra-large pizza made with Papa John’s fresh, never-frozen six ingredient dough, topped with extra mozzarella cheese and extra  pepperoni, then cut into Papa John’s largest slice size to-date.

“From the Papa John’s Foundation to the efforts of our local franchisees and team members, Papa John’s is committed to supporting our communities, especially during this challenging time in our country,” said Rob Lynch, president and CEO of Papa John’s. “We’re excited to combine all the best ingredients for coming together in support of our neighbours - a Shaq-sized pizza, topped with extra ingredients, with a donation from every purchase going back into our communities.”

The larger-than-life pizza is also accompanied by an exclusive Snapchat AR experience for fans who order the Shaq-a-Roni. Using the Snapchat app, customers simply point their camera at the pizza box to reveal a 3-D surprise. Next month, the brand plans to unveil additional AR surprises across its social channels.