Shane was with TBWA in South Africa before joining M&C Saatchi Sydney, then moving to Australian Agency of the Decade, BMF 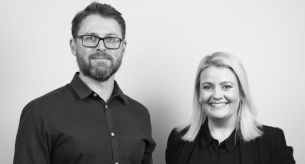 Bradnick is one of the most awarded and respected creative leaders in New Zealand. DDB Auckland was New Zealand's most awarded agency at Cannes and has just been named Effectiveness Agency of the Year. Bradnick has created some of New Zealand’s most loved work for brands including Steinlager, Speights, McDonalds, Lotto, AA Insurance and Sky NZ. He was named one of the best Executive Creative Directors and Art Directors in the world by The WON Report and has been consistently ranked a Campaign Brief Top 3 ECD. He has won hundreds of awards in his career across Cannes, D&AD, Spike, One Show, AWARD, Axis, Effies, Webbys and the Facebook Awards.

Bradnick was with TBWA in South Africa before joining M&C Saatchi Sydney, then moving to Australian Agency of the Decade, BMF. In 2013, he moved to New Zealand to join DDB as Executive Creative Director helping to consistently drive the agency’s rankings to first or second at local and international Effectiveness and Creative award shows. Here, Shane fell in love with New Zealand and now calls it home.

Catherine Harris, Managing Director of TBWA Group says, “We thank Christy Peacock for all he has done for the agency over the past three years and we wish him all the best."

“We know Clients want growth, not ads. Shane’s delivery of brand platforms, his breadth of work across data and digital and the impact his work has on brand performance is exceptional. He is one of the best creatives in the country and has delivered some of New Zealand’s most iconic and effective work. Shane is hugely successful and brings a very modern outlook to what creative companies can deliver for Clients. He is a big believer in the power of TBWA’s disruption philosophy and I can’t wait to partner with him. Further new appointments will be announced shortly.”

Bradnick says he is moving back to TBWA to join forces with Catherine Harris who has done an outstanding job of leading the agency in a new direction over the last 18 months.

Bradnick comments, “I have really enjoyed my time at DDB, made good friends and some great work. I’ve also learned a lot about the New Zealand market and what Clients are looking for from a modern agency. I am looking forward to partnering with Catherine. We share a simple philosophy when it comes to advertising - make stuff that people love, with people you like. We are excited to build on TBWA’s 35 years of Disruption, which is about finding new space for brands to grow and what this means for agencies and clients today. It will be a fun next chapter.”

Paul Bradbury, CEO TBWA Group Australia and New Zealand says, “Creativity is the last and most powerful differentiator for brands now and into the future, which is why we have made this investment to secure one of the very best creative leaders in New Zealand. Catherine and Shane will be a formidable leadership team for many years to come.”