Shake That Fanny Pack In New Loctite Ad By Fallon 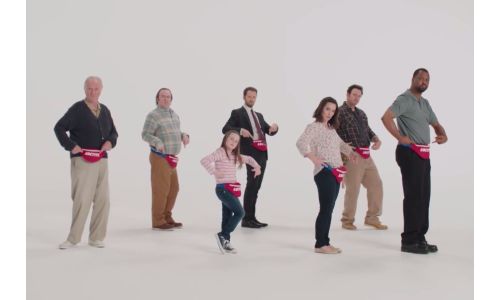 Creative agency Fallon Minneapolis is set to launch its first campaign for Loctite Consumer Adhesives on Tuesday, May 13, 2014. The new campaign will be the first program that Fallon has developed for Loctite after winning the AOR business in December of 2013.

The objective is to create bold, recognizable work that sparks dialogue about Loctite Super Glue and changes the conversation in the category—a conversation that has traditionally been focused on outsized claims, crazy feats and consumer failure.

“Traditional glue ads tend to show what a glue is capable of. Our campaign steers away from that category norm to celebrate what Loctite users are capable of with Loctite on their side. When you use Loctite, you enter into a world of Win,” said Pierre Tannoux, Marketing Director of Loctite Consumer Adhesives.

Loctite Consumer Adhesives has strong product performance in the adhesives category, from DIY household projects to professional jobs, and is looking to increase awareness with consumers. The new campaign will launch with a TV spot called “Win at Glue—Dance,” which features various consumers dancing and having a good time, all while donning fanny packs full of Loctite. It will air on national TV, including major sports events, season finales, late night and syndication, and include unique online content on Twitter and YouTube.

The work will launch in several waves over the next six months, across multiple online and offline outlets and throughout Loctite’s retail channels, which include national retail, hardware and home improvement stores.  Consumers are encouraged to share their super glue victories at #winatglue.

“To pull something like this off, you need two key ingredients—ambitious clients and a great product,” added Chris Lawrence, Fallon’s Director of Account Management. “Fortunately we’ve been given both to work with, and now America—and several fanny pack manufacturers—will benefit greatly.”