Sexy (and Disgusting) 'Skidmarks' Spot Highlights the Dark Side of Fashion 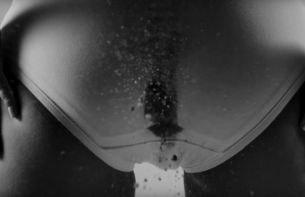 Creative agency Denizen has teamed up with organic clothing brand PACT to craft a literally fart humour-filled spot called 'Skidmarks' that takes aim at the fashion/apparel industry and the somewhat suspect production means behind it.

With a title that perfectly fits the narrative, the black & white 'Skidmarks' spot nods at the aesthetics of old Calvin Klein ads and features a bevy of beautiful people modelling in their skivvies who are beset by one small problem: an unfortunate stain on their underwear. “PACT engaged us to expose the dark side of the fashion industry in a funny way – the only logical place to go was a fart joke,” Denizen Co-Founder Joel Jensen explains. “The idea was based around a problem most of us have encountered at some point in our lives, skidmarks. We came back with a concept for the video that had all of us on the floor laughing. Our reaction was both delight and disgust, but we knew right away that we had to greenlight the idea.”

Shot over the course of a day in Los Angeles by director Kurt Schmidt, “Skidmarks” – complete with poo cannon and all – not only throws a lowbrow jab at a high-end industry but underscores the mission statement and production ideologies of PACT, which works with Fair Trade, Global Organic Textile Standard and others to ensure its supply chain’s integrity.

“We wanted to subvert the tropes of the fashion industry,” Jensen adds. “It’s a flawed industry and as PACT rightly points out, it’s an industry that refuses to look at itself honestly. There is an ugly reality lurking beneath the surface and it’s very easy to be distracted from that when beautiful, titillating imagery comes with the package. We wanted to undermine that very frankly; and to be honest, doing it in an immature way felt like the right way to counter and call out the self-absorbed way the fashion industry talks about itself. We felt that sometimes nuanced critique isn’t as effective as throwing a brick through the window or, perhaps more relevantly, smearing poop on underwear.”