Seven Things I Learned At Adfest 2014

What happens in Pattaya really should stay in Pattaya, but Laura Swinton breaks the code of secrecy 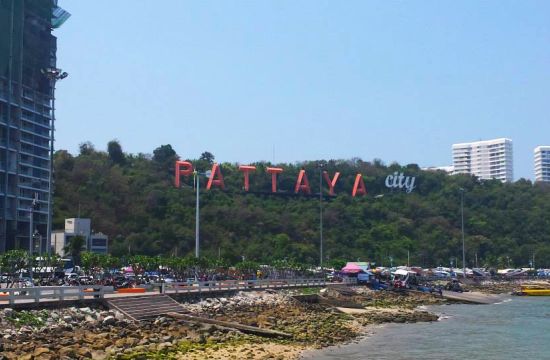 Last week the Asia-Pacific ad industry converged on the Thai resort town of Pattaya for some serious discussions and some very serious socialising. LBB’s Laura Swinton flew over for a bit of sun, sea, and creativity. It’s a hard life.

Japan. Japan Is Killing It.

Thanks to secretive, or at least, highly controlling clients, it can be a bit of a nightmare sourcing the most exciting, new work from the Japanese advertising industry as soon as it breaks. As far as a global audience is concerned, the country is hiding its creative light under a bushel. But at last week’s Adfest, all the judges could talk about was how much mind-blowing digital work they’d seen among the Japanese entries. Case in point: Dentsu’s ‘Sound of Honda’ work, which used an archive of unused metrics to recreate the sounds of Ayrton Senna’s world record-breaking lap around the Suzuka circuit in the qualifying rounds of the 1989 Japan Grand Prix. 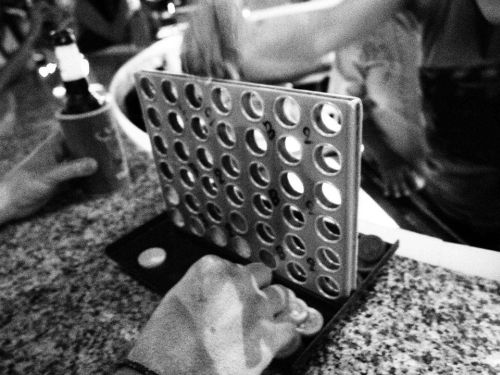 Everyone in Europe and the States is living it up on a jolly at SXSW in Austin this week, battling the crowds and obsessively pouring over speaker schedules and party calendars to make sure they see (and are seen at) the most talked about events. There was no such FOMO over in Pattaya. The schedule was manageable, the venue easy to navigate. More importantly, the more contained number of delegates and parties rendered the whole thing a lot more sociable. Who wants to be chatting to someone on the frantic (and off-putting) hunt for the most important person in the room when you can spend several nights getting to know people?  With a bit of local naughtiness (is disinfecting your eyeballs a thing? Because I’d really like to give it a go) thrown into the mix, the whole Adfest experience becomes something of an ad-industry-school-trip. Plus, the difference between new business contact and new friend is watching someone get repeatedly thrashed at Connect 4 while sitting on a revolving bar.

In terms of entries, it was a bit of a mixed bag with some categories producing really innovative work and others failing to produce an impressive yield. Film Craft was singled out for criticism at the jury presidents’ press conference for only producing one gold award winner. It seems that while the quality of ideas is improving, production and craft is still a bit of an after-thought. The time, money and thought devoted to production in the region means that many good ideas are not achieving their potential to be truly great. BBDO’s Ronald Ng also spoke about the importance of craft in his Young Lotus workshop session ‘99% Sweat’.

At most award shows, the centrepiece is the film grand prix. But this year the really quirky, interesting and creative category might well have been media. I know, I know, but stay with me. It was the first year that Adfest had included media, and jury president Andy Wilson could not have been more enthusiastic about the work happening at the intersection of creativity, media channels and behavioural insight.

The importance of ‘me time’

And no, I'm not talking about lounging around the swimming pool. I was far too busy for that. Grand jury president Tor Mhyren shared a useful piece of advice that I’m definitely going to put in place at LBB, just as soon as I’ve caught up on sleep. At the final award show on Saturday night, he told the audience that he has instituted a blanket ban on phone calls, meetings and other distractions on a Thursday morning. It means that he and his team can disconnect from the white noise and actually get stuck into some real creativity. After all, multi-tasking is the biggest myth going. Chatting later he revealed that while it took a bit of time for clients to get used to the idea but that these days it means that his creatives usually get into work an hour and half early on Thursdays.

There are certain nationalities that really get about. But the old stereotypes of the Irish bars that crop up in the most isolated locations, the ever-present Germans bagsying sun loungers and loud Aussies in thongs are about to be swept aside by a new group of super-tourists: the Russians. Aside from the local Thai people and the Adfesters, the predominant nationality in Pattaya was Russian. The Cyrillic script was everywhere and there’s a building boom fuelled by wealthy Russians on the hunt for a holiday apartment. And it’s not just Thailand that’s seeing a Siberian invasion – countries like Spain, Greece, Turkey, Egypt and the UK have seen a huge increase. In 1994 about 2 million took trips abroad; in 2012 that figure was more like 40 million. So yeah. Put that in your back pocket. 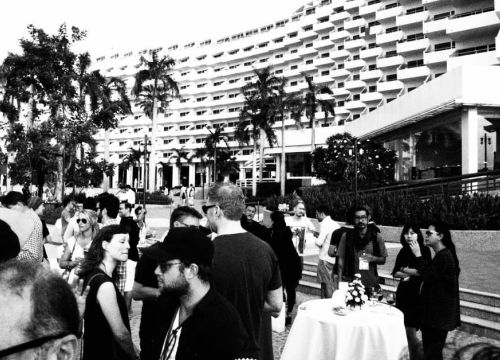 Pattaya is a… unique location for an advertising festival. The town's infamous Walking Street, the site of most of the after-hours partying, may well be the sex capital of the universe, or at least the galaxy. All I can say on the matter is: just because you see an unoccupied pole, it does not mean you need to pole dance on it. No matter how many Changs you’ve just downed. Other than that, my lips are sealed. If you really want to get a rough idea of what went down, do a Google image search for 'Walking Street'.