Romeyko is on the Direct and Events/ Experiential jury 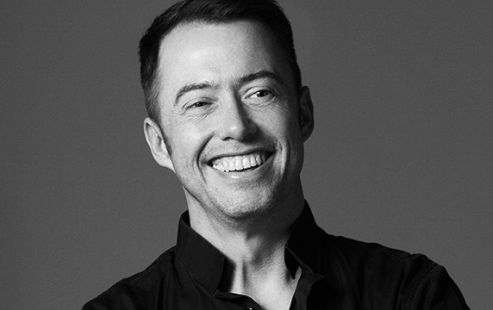 Signifying the growing international significance of China as a creative, technological and marketing hub, at a time when global brands and advertising agencies are becoming increasingly aware of the importance of having a presence in China, Serviceplan Worldwide ECD Jason Romeyko will visit Serviceplan Beijing then go to Southern China to judge the CLIO Awards 2017.

The CLIO Awards turns to the burgeoning creative setting of China for its 2017 onsite-judging weeks, which will take place from July 26th to August 3rd at The Sanya EDITION resort, on Hainan Island, off the coast of Southern China. Jason Romeyko is on the Direct and Events/ Experiential jury. His jury will convene onsite in Sanya China for the week of July 31st. As well as Romeyko, the new Joint Chief Creative Officer/ Partner of Serviceplan France – Fabien Teichner – will pre-judge the CLIO Awards on Hainan Island. The decision of the competition to head to China for this year’s judging rounds further reinforces the creative buzz around China.

“As a truly global brand, we consistently seek to further our connections across the world stage,” said Nicole Purcell, president, Clio. “It is impossible to ignore the thought-provoking, imaginative and beautiful work happening in Asia. The creative buzz in China is something we at Clio saw as a wonderful chance to celebrate. This is an opportunity to assemble leaders from the global creative community in the region to further conversations and camaraderie that will act as inspiration for future work.”

On June 27th Serviceplan hosted 'International Roadshow 2017: China Insights’ in Munich, which gave German enterprises some inside knowledge about the country known as 'The People’s Republic of Change’. Vera Yu, Head of Strategy, Serviceplan China, gave a presentation titled 'The Future is Now: 7 Social and economic trends for China’. Romeyko’s visit to Serviceplan China, and a recent visit by Serviceplan CEO Florian Haller and Managing Partner Markus Noder, demonstrates how vital the future of the Serviceplan Beijing and Shanghai outposts is to the continued globalisation of the Serviceplan Group, and the growing importance of China on the creative and digital world stage.

Serviceplan moved into China three years ago – where their agency in Beijing was shortly followed by a 2nd Serviceplan China agency in Shanghai. The digital arm – Plan.net – will be introduced to China this year, and it has taken only three years for Serviceplan International to become a serious player in the Chinese market.

Serviceplan has already established a 'Haus of Kommunikation’ in France, Italy, Belgium, Spain, Russia and China, and Europe’s largest partner-managed independent agency group have designs on North America. A key factor in Serviceplan’s success is its partnership model, which was developed with the objective of preventing sales of agency shares to international networks, combined with the integrated model of House of Communication, where specialists of classical and digital advertising collaborate under one roof.

Jason Romeyko, WWECD, Serviceplan International, commented: "My dream is to take the diversity of international cultures and agency profiles to transform Serviceplan into an industry and household name. Not just in every country we are located in but beyond. I want to leave a legacy of meaningful ideas that stay in people’s memories. In expanding our global footprint, I would like to create a unique Serviceplan creative experience that clients love to participate in everyday. China is crucial to that vision."