To celebrate the post-lockdown reopening of the cultural institution for the Autumn 2020 season, Serviceplan announces 'BAM is back' 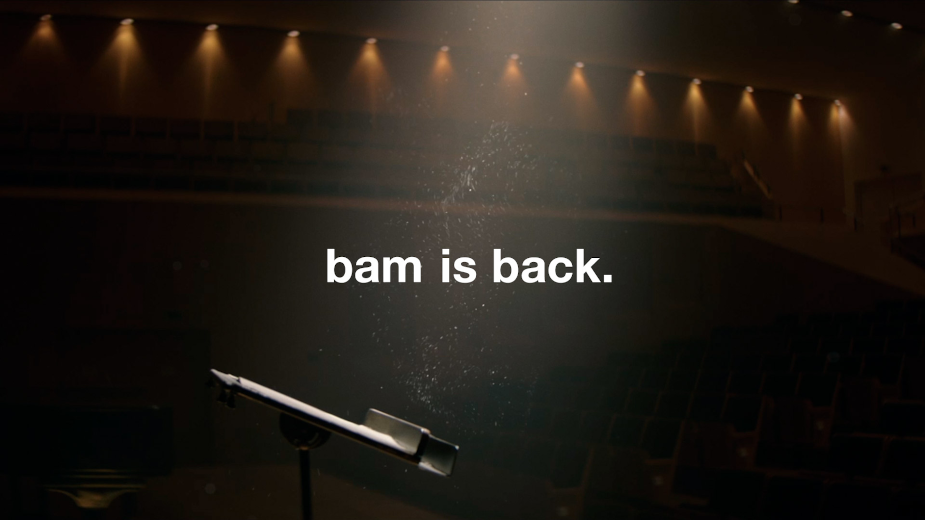 Instead of the sounds of the orchestra and thousands of spectators, only silence filled the concert hall of the Bamberg Symphony during the last few months of lockdown imposed due to the global Covid-19 pandemic. Now, thanks to a specially designed and tested safety and hygiene concept, it is possible for the orchestra to resume playing on 17th September, taking into account all legal requirements. The claim ‘BAM is back’ is the expression of all these concepts, preparations and measures.

Marcus Rudolph Axt, chief executive of the Bamberg Symphony commented: "In the video 'BAM is back', which is creatively developed and realised by Serviceplan Campaign, we would like to make an artistic statement that deals with the current situation of the cultural industry. It testifies to the long silence of recent months and also to the desire to overcome this silence and to be able to play live for an audience again. With 'BAM is back' we celebrate music, our return and considerateness and want to welcome people back to the place that has missed them for so long.”

Alexander Nagel, creative managing partner at Serviceplan Campaign: "The film arose from the idea that dust had settled in our concert halls during the pandemic because nothing could take place there anymore. For us, this dust was a symbol of coming to a standstill, which we wanted to transform into a symbol of a new beginning. For this, we let the dust dance to the first sounds that the Bamberg Symphony played again.”

The video ‘BAM is back’ was directed by Emilia Möbus, shot post-lockdown in July while observing Covid-19 safety regulations, and produced by LeHof Media, the Animations were created by Aixsponza.