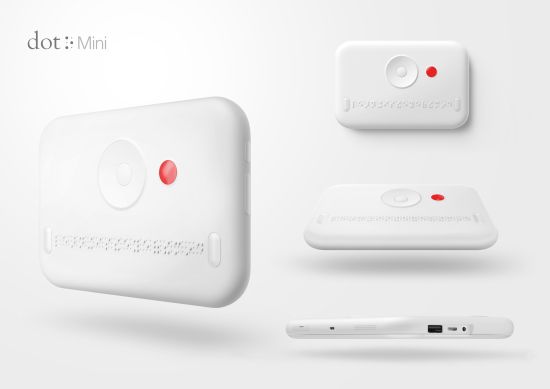 A Grand Prix was awarded in Innovation to Dot ‘Making the World Accessible, Dot by Dot’, a revolutionary technology developed by Serviceplan Germany and Korea with the Dot Incorporation in South Korea. Dot Mini also won 2 Gold (1 in Healthcare and 1 in Innovation), 1 Silver (in Design) and 1 Bronze (in Innovation & Solution).

Dot Mini is the first smart media device for the visually impaired, and has already been recognised with wins at major international awards including; Cannes Lions, LIA Awards and CLIO Awards.

Serviceplan Group global CCO Alexander Schill commented: “We are thrilled to receive a Grand Prix for our work with Dot Incorporation on the Dot Mini, which has the potential to revolutionise the lives of millions of visually impaired people globally. And awards for work created by our teams in Austria, France, Germany and Korea for clients including Andros, BMW and Dot demonstrates the truly international reach of our creative and innovative talent.”

Julie Kang, CEO, Serviceplan Korea added: “This is stunning news at this point. Dot has recently shown a remarkable business outcome - including millions of dollars of Dot Watch export contracts to the global market. Now with Dot Mini, Dot’s vision to be the most innovative assistive technology device company for the visually impaired is getting one step closer. Serviceplan Korea will play the strategic and instrumental role as a Brand Incubating Agency for Dot’s business accelerations in upcoming years. Indeed growing together is the most powerful way to be successful.”