Members will be available for the development of campaigns worldwide 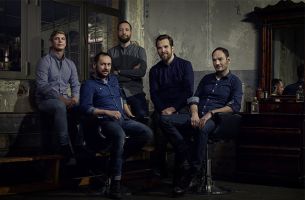 The Serviceplan Group announced today their "Creative Board". Alexander Schill, the global creative director of the agency group, named five renowned creative talents, who in future will focus on large international budgets and campaigns from concept to rollout. They will work beyond the confines of individual disciplines, agencies and, above all, be internationally active. Apart from Maik Kaehler, Friedrich von Zitzewitz and Maximilian Florian Schoengen, who are already working for the Serviceplan, the Board will also include Timm Hanebeck (previously managing director at Jung von Matt/365) and Peter Gocht (previously creative cirector at Kolle Rebbe) who now move to the Serviceplan Group.

The members of the new Creative Board do not belong to a particular agency, but rather are attached to the holding company of the Serviceplan Group. This makes them available for Serviceplan Group agencies worldwide to assist in the development of major campaigns or, depending on the requirements of the budget, to run the operation.  "We have integrated our work for over 45 years; that is the basic idea of Serviceplan. With the Creative Board, we are strengthening the synergies of our agency model at a global level," says Alexander Schill, CCO of the Serviceplan Group. "With this form of budget and creation management, we can raise large, and in particular international campaigns to an even higher level."

Each of the five members of Creative Board is tasked with or has the possibility of focusing completely on accompanying the work on a budget and its campaigns over a longer period of time - from the briefing, the first ideas and concepts, through to  management, implementation up to the launch, and even beyond.  "The Creative Board works with a birds-eye view, above the confines of individual communication disciplines, agencies and national perspectives. This makes it possible to be  personally present where ever needed worldwide and without regard to other routine daily business," says Alexander Schill.

All the Creative Board members act in the capacity of Global Executive Creative Directors. A hierarchy does not exist. Alexander Schill: "Everyone contributes their own know-how; we have a perfect line-up covering all the disciplines and can invest in the targeted development of our creative products. We have only one goal: to create campaigns for our customers that are outstanding whether in individual markets or globally".

"Our vision is to be the first independent global agency group, which has its origin in Germany. With the establishment of the Creative Board, we are strengthening our creative excellence at national and particularly at international levels, as it will contribute through its focused commitment to making campaigns even more successful for our customers in diverse global markets," said Florian Haller, the CEO of the Serviceplan Group.

The Members of the Creative Board

Maik Kaehler, Friedrich von Zitzewitz and Maximilian Florian Schoengen are already with Serviceplan and are changing internally to the Creative Board. In addition, Alexander Schill is bringing in Peter Gocht from Kolle Rebbe and Timm Hanebeck from Jung von Matt.

Timm Hanebeck (47) most recently served as managing director at Jung von Matt/365; from 2011-2013, he was a director at SinnerSchrader, where he was also responsible for the founding of Haasenstein, the creative hub between analog and digital. Besides freelance activities for Interone, Kolle Rebbe and Leo Burnett, he spent a total of 13 years at Jung von Matt, where he covered the entire communications spectrum from classical advertising/merchandising, CRM and digital media. The communication designer has worked for national and international clients such as Audi, BMW, Mercedes-Benz, TUIfly.com, Dole, Sixt, Astra, Bosch and the Konzerthaus Dortmund. The work of the ADC member has been honored with over 28 show awards - including Cannes Lions, CLIO, Effie, Eurobest, LIAA, New York Festival, and others.

Maik Kaehler (37) has been with Serviceplan since the founding of the Hamburg office in April of 2006. He began as a creative director and from 2011 to 2013 was creative director of Serviceplan Campaign Hamburg. Subsequently, he became Global Executive Creative Director at agency level for Serviceplan International and held this position from last year at group level. Before Serviceplan, he was at Springer & Jacoby and Grabarz & Partner. Maik Kaehler has worked for clients such as BMW (for example, on the BMW i8, #BMWstories and BMW X range campaigns), Made by Germany, Heineken, the Bill & Melinda Gates Foundation, Mercedes-Benz, NUK and Unicef. For his work, he received a Design Grand Prix award at Eurobest and the New York Festival, Gold at the Cannes Lions, the One Show and at the ADC as well as other awards at the Clio and the Klappe. In addition, he received the 2013 United Nations Special Prize for his work "The Daily Abuse".

Friedrich von Zitzewitz (47) has been at the Serviceplan Group since 2007 - firstly as executive creative director at Plan.Net Hamburg and since 2009 as creative director of the entire Plan.Net group. Last year, the Plan.Net Group, with more than 700 employees worldwide, was awarded the title of Best Creative Digital Agency in Germany together with Serviceplan by the German Digital Economy Association. Prior Serviceplan, he worked with Tribal DDB, Springer & Jacoby and Jung von Matt. Friedrich von Zitzewitz has worked for clients such as Volkswagen, Nike, Nivea, BMW and Saturn. Among his most successful popular campaigns are Horst Schlaemmer for Volkswagen, "Tech-Nick" for Saturn and "So viel billig gab’s noch nie" (Never ever cheaper) for Redcoon. His work has been awarded a Grand Prix prize as well as various Lions at the Cannes and numerous ADC Nagel.

Peter Gocht (33) comes from Kolle Rebbe, where he worked as a creative director. Previously, from 2008 to 2014 he was creative director at Jung von Matt/Spree in Berlin and at Grabarz & Partner in Hamburg. Peter Gocht studied copywriting and has worked for clients such as Mercedes-Benz, Netflix (for example, on the "Better Call Saul" campaign), Nikon ("I am") and 13th Street. Apart from two gold medals at Cannes Peter Gocht has already won a Grand Prix award at the New York Festival and Awards at Eurobest and the ADC.

Maximilian Florian Schoengen (29) started in 2014 as the creative strategist of the Innovation Team at the Serviceplan Group's Hamburg office. He previously worked at Thjnk in different positions in which he found his passion for creation and concept. He received his strategic training in England at, among others, the Oxford Brookes Business School and Harvard Business School and in France (Grenoble). He has used his talents for customers such as Audi, BMW and Saturn. Above all, he is involved in international pitch processes and has won many customers for the group at various locations.