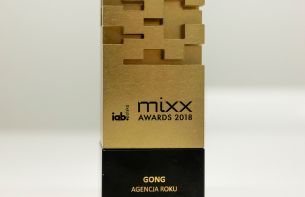 Serviceplan Group are enjoying even more success on the international awards circuit with their French and Polish agencies collecting Agency of the Year Awards.

Serviceplan France was elected ‘Agence de Publicité de l’Année 2018’ (Advertising Agency of the Year 2018) by the jury of the 39th Grand Prix les Agence de l’Année awards, an edition under the sponsorship and in the presence of Franck Riester, Minister of Culture, and Mounir Mahjoubi, Secretary of State in charge of digital.

The Serviceplan France Advertising Agency of the Year Award marks an important step in the rapid internationalisation of Serviceplan Group, an independent agency group of German origin, which is now present in 17 countries, and present for three years in France. Serviceplan France has been making headlines in recent months with several important new business wins, including that of the communication of the retail chain Auchan - and more than 70 French and international awards, including an Effie d'Or last week.

Alain Roussel, president of Serviceplan France, comments: "This award is a great encouragement to the development strategy of the entrepreneurs who bring to life each day with talent and determination our different disciplines: Serviceplan (Brand & Advertising), Mediaplus (Media, data & performance), Plan.Net (Digital design for Human), and Solutions (Production off and online). This award crowns their commitment to shared success and that of the 100 customers who trust us."

Group One is Poland’s largest independent communications group and part of Serviceplan Group. Agencies under Group One offers creative, digital and media and include; ChangeServiceplan, GONG, Value Media, Mediaplus, SalesTube and Labcon. GONG was named Agency of the Year 2018 at the MIXX Awards with seven awards including Best in Show and a Gold and Silver for the #weekendING campaign.

Change Serviceplan was awarded at MIXX with a silver in the Cross Media Integration category for a local BMW campaign ‘Night Driving’. The success at MIXX Awards follows an impressive performance by Group One at the Polish EFFIE Awards where they collected 11 awards.