Sergio Spaccavento Presents 'Humour is Only for Intelligent People!' at ADFEST 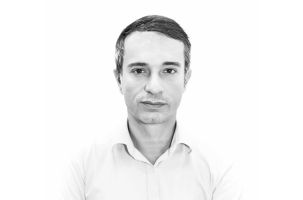 ADFEST will welcome Sergio Spaccavento, Executive Creative Director at Conversion Agency in Milan, to the line-up of speakers at ADFEST 2016.

On Wednesday 16th March, 3:15pm, Spaccavento will present a session called: “Humor is only for intelligent people!"

His session will explore what humour really is, the structure of jokes, the different kinds of humor and most effective jokes in Asia – and the million dollar question: does humour in advertising really work?

“I hope people will learn when and how to use the weapon of humour in advertising through all existing mechanisms. Most of all, I hope they will have fun at my session instead of dying in a boring meeting with a client,” says Spaccavento.

When he is not leading the creative department at Conversion in Milan, Spaccavento is also a scriptwriter, a TV and radio show writer, an advertising teacher and definitely a mythomaniac, which means you mustn’t believe everything he says.

He started his career doing traditional advertising, but soon fell in love with new and alternative media—and found out he has the most fun mixing it all together. He has judged at award shows like Cannes Lions, New York Festivals, Epica, Art Directors Club Italy, Mobius and many more.

To purchase Delegate Passes to ADFEST 2016 – which runs from 16th to 19th March in Pattaya, Thailand – visit www.ADFEST.com