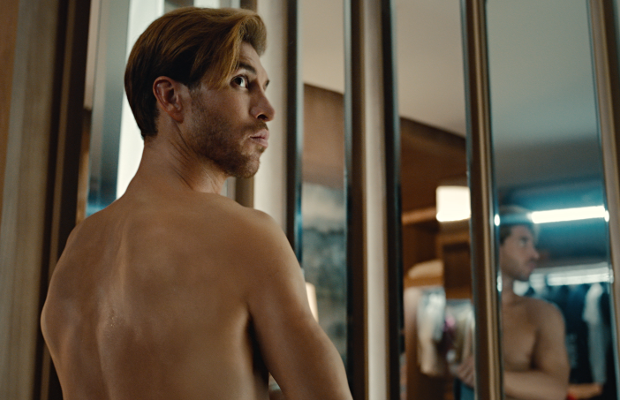 Anheuser-Busch InBev’s (AB InBev) global brand, Budweiser, announced a new partnership with Sergio Ramos, football champion and current captain of Real Madrid and the Spanish National Team. As one of the best defenders of his generation, Ramos’ ‘Be a King’ campaign, created by Deutsch, celebrates his stand-out career in advance of his latest milestone, the soon-to-be most capped player ever for Spain. Ramos embodies the ambition of the King of Beers and Budweiser celebrates his journey to becoming truly one of football’s greats by using the meaning and symbolism of his tattoos to showcase his achievements.
The ‘Be a King’ integrated marketing was created in partnership with Deutsch New York.
“I’m very excited to partner with Budweiser, a leading global brand who shares my passion and commitment for the sport of football,” Ramos said. “I look forward to sharing my story in a unique way with my fans around the world to inspire them to see that greatness is within all of us, you just need the confidence to step up.”
To kick off the partnership, Budweiser today released a hero film highlighting Ramos’ journey from Sevilla to the top of global football. The video shows Ramos without any of his trademark tattoos. As the story unfolds, his ink slowly re-appears on his skin as the video plays out his most notable achievements. This iteration of the ‘Be A King’ campaign delivers Budweiser’s ambition to inspire consumers to taste greatness with none other than a king of football, Sergio Ramos.
“Budweiser is proud to celebrate the journey of Sergio Ramos as a king of global football and one of the greatest players of his generation,” said Steve Arkley, Budweiser Global VP. “We’re excited to spotlight his story in such a unique way for football fans worldwide with the ambition of inspiring them to step up and pursue their greatness.”
“Ramos’ tattoos chronicle many of his incredible accomplishments on the pitch,” said Dan Kelleher, CCO of Deutsch, NY. “They provided us with a unique and visually compelling way to tell the story of his rise to greatness.”
To maximize reach, the partnership will bring fans closer to the football legend by rolling out limited-edition tattoo bottles with exact replicas of Ramos’ real-life tattoos. By purchasing these special-edition bottles, available in several countries around the world through e-commerce and in select participating retailers, fans can unlock exclusive content which offers a deeper perspective in Ramos’ own words on the meaning of each of the tattoos. There will also be ongoing digital extensions throughout the season (available on @BudFootball) to keep fans engaged with the rise of Sergio Ramos.
Budweiser’s football portfolio includes recently signed, multi-year partnerships with Spanish LaLiga and the English Premier League, two of the top international football leagues. Budweiser is also a 30+ year partner with FIFA World Cup.
view more - Creative