Lynette Duensing to be based out of Cinelicious Santa Monica 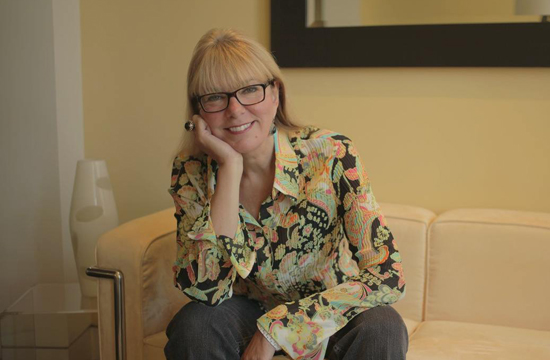 Next-gen postproduction company Cinelicious is excited to welcome senior colorist Lynette Duensing. Lynette is an internationally renowned color talent who recently returned from a year working abroad in Shanghai. She will be based out of Cinelicious Santa Monica for commercial projects and lend her signature eye for grading to longform via Cinelicious Hollywood.

“Lynette is a premiere talent with incredible experience and an unwavering passion for creating beautiful motion media,” says Cinelicious Founder Paul Korver. “This comes through in every project and collaboration, and we are thrilled to have her as a cornerstone of Cinelicious’ creative offerings.”

“When considering a move back to the US and my return to Los Angeles, I wanted to find a company I could truly call home,” comments Lynette. “Paul and I immediately connected though our shared love of film and a mutual goal of creating the best environment to bring our clients’ work to life whatever the format. Under Paul’s direction, Cinelicious has become just that place and I am pleased to be a part of the company’s commitment to crafting compelling visuals.”

Most recently Senior Colorist at Technicolor-SFG in Shanghai, Lynette gained an international perspective and expanded upon her significant client base to include directors and agencies from around the world. During her time in Shanghai she contributed to commercials and branded projects for Chrysler, Fiat, Infiniti, Land Rover, Buick, Ikea, L'Oreal, Nike, Coca-Cola, Sprite, HTC, Motorola, HP, Minute Maid, Kraft Foods, Johnnie Walker, and McDonalds.

Prior to her tenure in China, Lynette was based in Los Angeles and worked under her own banner Byte My Color. She also served as the longtime senior colorist at The Filmworkers Club in Chicago. Among her many commercial credits, projects for Chrysler, Chevrolet, Proctor and Gamble, Nike, Nintendo, XBOX, McDonalds, KFC, Budweiser, MillerCoors, Coca-Cola, Sprite, Kraft Foods, and Wrigley, as well as Super Bowl spots for Bud Light, Frito Lay, Toyota, Bayer and Go Daddy.

As colorist for both Digital Magic and The Post Group in Los Angeles, Lynette worked on advertising campaigns as well as such popular TV episodics and features as Star Trek, Dracula, Clear and Present Danger, Journey to the Center of the Earth, The New Adventures of Superman, Tiny Toons, Ren and Stimpy, and The Simpsons. She also lent her talent to music videos for such seminal bands and artists as Nirvana, R. Kelly/Kid Rock/Ludacris, The Offspring, Ozzy Osborne, Tracy Chapman, Metallica, John Lee Hooker, Melissa Etheridge.