The startup has won and retained more than 10 clients across technology, B2C and B2B brands since March 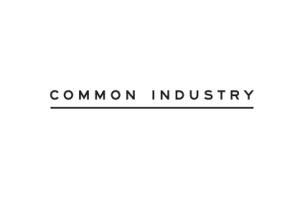 Semaphore London has announced today its rebrand to Common Industry.

Semaphore London opened its doors in March 2015. Liam Fay-Fright and Aaron Cole, former directors at Mother London, set out to create a category-defying communications company that blended the brand strategy and creative ability of a top ad agency with the news generating talent of a great PR shop.

They wanted to be defined by their people and their work. So they created a business that picked the best people from advertising, PR and the media and created a new startup.

Since March 2015, the startup has won and retained more than 10 clients across technology, B2C and B2B brands, creating award-winning PR and above the line campaigns and producing everything from events to record breaking Kickstarters. It now boasts a supremely talented team of people and a roster of freelancers that includes the former editor of Dazed and a Bauhaus lecturing designer. It recently won a D&AD Award in the first ever PR category at D&AD.

After a year, the agency realised it needed a name fit for its future. One that would work just as well in New York, Sydney or Berlin, and not be the same as a large IT corporation in America with a lockdown on the trademark.