Brothers and Sisters create and produce '12 Days of Christmas' ad 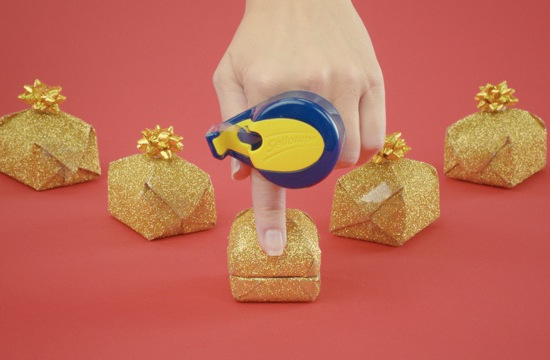 Brand icon Sellotape are launching their nationwide TV campaign this week. The 30” ad, created and produced by Brothers and Sisters, will run across satellite and terrestrial channels through November and December. The ad features the Christmas Carol ‘Twelve Days of Christmas’ as sung by Bing Crosby with all the festive items neatly wrapped.

“Christmas and Sellotape go together like turkey and cranberry sauce. Wrapping the presents is all part of the anticipation and build up to the big day, and with Sellotape the experience is an entirely pleasurable one. The new ‘On-Hand Dispenser turns wrapping even the most awkward present into a dream.”  Andy Fowler, Founder and ECD Brothers and Sisters

Brothers and Sisters were hired by Sellotape after a competitive fourway pitch to develop and produce its Christmas creative campaign to launch the new ‘On-Hand Dispenser’. The campaign includes a 30” and 10” TV commercial, as well as press creative.

“Sellotape is one of the most famous brands in Britain. We were briefed with creating a TV and press campaign to engage men and women who want their gifts to look professionally wrapped. We've all used a roll of Sellotape at some point, launching their new product is a great creative opportunity.” Andy Fowler, Founder and ECD Brothers and Sisters

Damian Cooper the marketing director of Henkel said: “The Christmas launch campaign is fundamental to Sellotape and Brothers and Sisters struck exactly the right look, feel and tone for what we wanted to communicate. Christmas and Sellotape are intrinsically linked, and with consumers constantly aspiring to perfect wrapping we have developed the ‘On-Hand Dispenser’ so every gift has a great finish with ease. We’re thrilled with the campaign.”