Research from Chegg.org and Seize the Awkward found young people struggling with anxiety and mental health issues during the Covid-19 pandemic 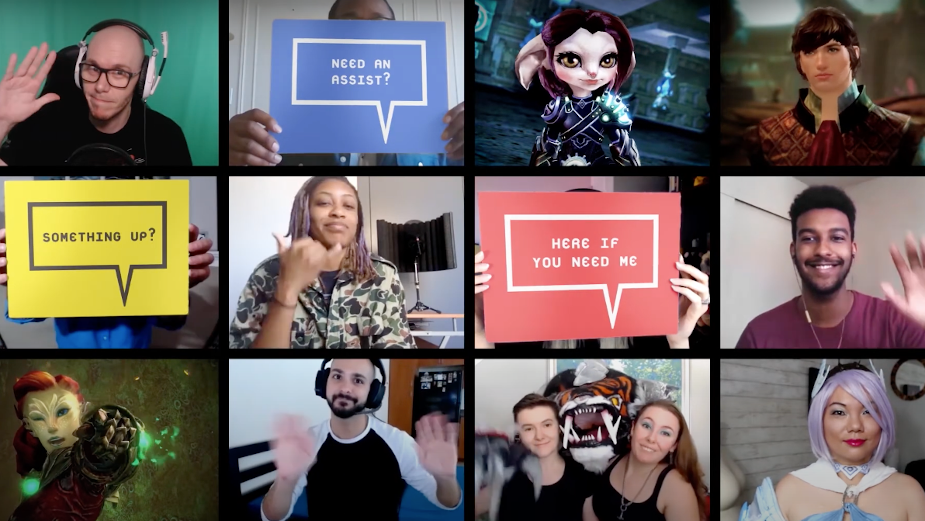 In conjunction with Suicide Prevention Awareness Month and new research fielded in partnership with Chegg.org revealing that nearly half of college and high school students feel anxious about returning to school, and a third report experiencing depression since the coronavirus pandemic began, Seize the Awkward is launching several new partnerships throughout September to help young people check in on each other's mental health. As the cornerstone of the month's activations, the campaign, created in collaboration with the American Foundation for Suicide Prevention (AFSP), The Jed Foundation (JED) and the Ad Council, is proud to announce a continuation of its exclusive video game partnership with Guild Wars 2, the massively multiplayer online role-playing game (MMORPG) published by NCSOFT.

Last March, the coronavirus uprooted the education experience of high school and college students across the U.S., detrimentally impacting their mental health. According to Chegg.org's research, titled "COVID-19 and Mental Health: How American's college and high school students are coping during the pandemic," more than half of students surveyed this August (58% college, 53% high school) said they were ‘moderately,’ ‘very’ or ‘extremely’ worried about their mental health. Furthermore, half of students reported experiencing anxiety, more than a third reported experiencing depression and almost a quarter said they knew of someone with suicidal thoughts since the beginning of the pandemic. Most distressing, 5% of both college and high school students report having made a suicide attempt themselves during the pandemic. Nevertheless, the presence of friends has proved an important support system for students during this uncertain time. Since the onset of the virus, more than half (55%) of students surveyed have offered support to a friend whom they thought might be struggling – while nearly a half (48%) have had a friend reach out to them.

"It's heartbreaking that so many students either know of someone who has had suicidal thoughts during the Covid-19 pandemic, or have themselves attempted suicide," said Lila Thomas, Director of Social Impact & Head of Chegg.org. "At a time when students' education, social networks and future have been turned upside down, it is imperative that colleges and schools do a much better job at informing students in the age of COVID and beyond, they will need to make fundamental changes to better serve the student.

As young people face continued unpredictability, and students in particular deal with anxiety and uncertainty surrounding the return to classes, Guild Wars 2 and Seize the Awkward created a brand-new suite of creative assets, including a broadcast spot, digital banners and out-of-home (OOH) advertising highlighting the many ways teens and young adults can reach out and check in on each other's mental health. Until September 29th, the game's 11 million-plus players can also claim a free Seize the Awkward logo t-shirt for their in-game character and a special potion that will help start a mental health conversation with the campaign's iconic yellow speech bubble, via the game's Gem Store. Developed by ArenaNet and published by NCSOFT in 2012, Guild Wars 2 has a reputation for its inclusive and supportive online community. To round out the partnership, ArenaNet and the Ad Council will host a virtual panel titled "Build Your Guild: Make and Support Friends in Gaming," about how players build friendships and support one another in the game, at PAX on September 12th, from 8-9pm ET on Twitch.

"For many facing a back-to-school season marked by uncertainty and increased isolation, it's more important than ever that young people check in on each other's mental health," said Heidi Arthur, Chief Campaign Development Officer at the Ad Council. "Through this extraordinary group of digital and social partners and platforms, we are able to give young adults the encouragement and resources to start potentially life-saving conversations with ease."

To reach the campaign’s target audience, Seize the Awkward will be featured on AFSP’s Instagram channel as part of a roundup of resources offering tips and guidance around prevention and mental health awareness. The Seize the Awkward Instagram will also host an expert Q&A with AFSP’s Chief Medical Officer Dr. Christine Moutier on September 25th, where users will be able to ask questions related to mental health and checking with friends.

Suicide is the second leading cause of death among young adults and for every youth suicide it is estimated that 100-200 others attempt suicide.1 Young adulthood is a critical time when many people experience mental health issues as well as significant stress from life transitions such as gaining more independence and responsibility when moving from home and beginning college or a career.

"Enabling and facilitating a positive, supportive community is at the core of our games," said Katy Radelich, Director of Events and Partnerships at NCSOFT. "We're continually blown away by the meaningful bonds players have built through the exploration and epic adventures in the fantasy world of Guild Wars 2. The message behind Seize the Awkward means a lot to us and we're eager to help bring it to our players, especially at a time when the global COVID pandemic has disrupted everyday life."

Additionally, throughout the month of September, the following digital, social and media partners will provide significant exposure and customised content for Seize the Awkward on their platforms:

Since its launch in January 2018, Seize the Awkward has garnered 35.2 million video views and over 923,000 sessions on seizetheawkward.org, where visitors can explore resources and tools to help them start a conversation with a friend around mental health. In late August, the website relaunched with deeper resources to aid young people, including guidance on navigating specific topics like grieving the loss of a loved one, when talking to a friend about their mental health. The campaign also received the 2020 Shorty Award for Best Use of a Spokesperson for its partnership with musician Billie Eilish. To learn more about the campaign, visit seizetheawkward.org and @SeizeTheAwkward on Instagram. To get immediate, free support 24/7, call 1-800-273-8255 or text "SEIZE" to 741741.