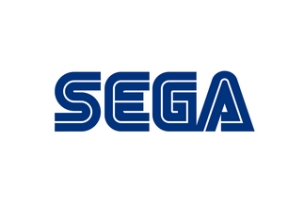 SEGA Networks is proud to announce a trio of investments aimed at bolstering its foothold in the Western market. First, it has acquired Demiurge Studios, the independent game maker out of Cambridge, Massachusetts. It also has established a majority share in San Francisco-based Ignited Artists, a gaming start-up currently prototyping their first title. Additionally, SEGA Networks has made a strategic investment in UK-based gaming studio Space Ape Games. A top five publisher in Japan, SEGA Networks is investing heavily in the West and with its latest acquisitions and investments, the publisher is further leveraging its global footprint.

“We’re constantly evaluating the independent mobile game space for studios that fit our vision of fun, high-quality gameplay experiences,” said Haruki Satomi, CEO of SEGA Networks. “Demiurge underscores our commitment to investing in the West and complements our current roster of US and European mobile studios, including Three Rings and Hardlight. In addition, our strategic investments in Ignited Artists and Space Ape Games solidifies our commitment to publishing quality games across the globe.”

Founded in 2002, Demiurge Studios made the transition into mobile gaming in 2008 and found success with Marvel Puzzle Quest, a top 100 grossing app on the App Store and top 50 grossing on Google Play. Previously, they worked with world-class developers like BioWare and Irrational Games on AAA console and PC games. CEO Albert Reed will be joining SEGA Networks as VP of Product Management while also retaining his title of studio head. Demiurge Studios is based in the Boston area and will continue to make games under the Demiurge Studios name.

"Demiurge and SEGA share a vision for the future of mobile gaming: putting gamers first," said Albert Reed, GM of Demiurge Studios and VP of Product Management at SEGA Networks. "In today's mobile games you must listen to your players and find new ways to keep them engaged. Our success with Marvel Puzzle Quest comes from our focus on iterative design and testing, with our players in mind. Joining SEGA Networks lets us align with a truly global partner that shares our approach to design, so together we can create the kinds of entertaining, fun and engaging games we all want to make."

“Our world-class team benefits greatly from the marketing prowess and global publishing arm of SEGA Networks, ” said Danielle Deibler, CEO of Ignited Artists. “With this partnership, we have the opportunity to develop properties on our own terms alongside a partner with a proven track record and shared vision.”

Rounding out the investments is a minority stake in UK-based Space Ape Games, and a partnership in which SEGA Networks helps bring select Space Ape titles to the Japanese market. SEGA Networks is a global leader in the mobile space where they have found success with games like Puyo Puyo!! Quest, Chain Chronicle, Sonic Dash, and Crazy Taxi City Rush. "We are delighted to partner with a company with the gaming pedigree of SEGA," says Space Ape CEO and Founder John Earner. "Our last release, Samurai Siege, was a success in the Japanese mobile market. Japan is now our second-largest market and contributes around a third of our revenues. With SEGA Network’s experience and record of success, we are confident that Rival Kingdoms, our next game, and future titles will be able to improve upon this success."

Along with the minority stake in Space Ape Games and the majority share of Ignited Artists, Demiurge will join Three Rings Studio and Hardlight Studio as SEGA Networks continues to expand their global reach.