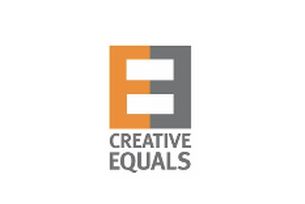 At this year’s Cannes Lions, some of the industry’s most influential leaders spoke out about their commitments to improve gender diversity in creative departments.

The initiative was part of See It Be It – a unique mentoring programme for a select global group of high-potential female agency creatives that focuses on leadership skills and accelerating career development. With the assistance of Creative Equals, the task of securing industry commitment to gender equality was set for the group in order to help fast-track change and amplify the impact of the programme beyond its 14 participants.

Philip Thomas, CEO of Lions Festivals, highlighted a number of Cannes Lions initiatives, and the 40/60 split that had been achieved across Cannes juries this year, “We’re proud to be moving closer to a better split on juries, to have invested in the Glass Lions and the ‘See It, Be It’ programme, but I’ll look forward to a time when we won’t need these things, because the industry will be gender equal.”

Pelle Sjonell, Worldwide Chief Creative Officer of BBH commented, “Equality is fundamental to me personally, but it’s so much bigger than a department, agency or industry issue. It’s about humanity.”

10 of the key actions submitted so far include:

Andrew Keller, Facebook’s Global Chief Creative Officer, claims that every senior leader at Facebook receives this vital training, sensitising them to the ways in which people are often unconsciously biased towards female co-workers.

Kate Stanners, Global Chief Creative Officer, Saatchi & Saatchi says: “I put a female team in charge of junior creative recruitment and the change of young women making themselves available to us was amazing. The change in the department was overnight.”

Michael Islip, CEO UK, DigitasLBi, says, “We created term-time contracts for working parents,” a UK advertising industry first. While Nicki Bullard, Chairman and Chief Creative Officer, MRM Meteorite, underlines the need for child-care support: “For parents who need to stay late at the last minute on a pitch or a piece of client work, we’re thinking of offering an emergency childcare service.”

4. Be mindful of the need to create split gender juries, panels and events

Matt Lodder, SVP EMEA MD, R/GA London commented: “We formed 'Women Up’ to inspire and empower future female leaders in our business.” The aim of the group is to provide clear pathways to leadership roles.

6. Require a woman to be present in every interview

Said James Whitehead, Joint CEO, J. Walter Thompson London: “We have a hiring policy where at least one woman must be interviewed for every creative or technology role and a senior JWT woman must be involved in the interview process.”

7. Give equal maternity and paternity leave

Brad Haugen, partner at Attn, US, says: “We are looking six-month parent leave for all mums and dads,” which is above expected paternity leave for the US.

8. Ensure there is no wage gap

Kat Gordon, founder of the 3% Conference, says: “Do a wage audit and correct any discrepancies immediately. You can’t claim to value female talent if you don’t pay equally for it.”

Lindsey Clay, CEO of Thinkbox UK, says: “I have committed to ensuring diversity on our shortlists for recruitment,” while Bo Helberg, Executive Creative Director at Edelman, says he asks for a 50/50 split in CVs from his recruiters. Cindy Gallop, former Chair of the US advertising firm, BBH, goes one step further: “For any job role you’re hiring for, ask to see non-white, female candidates with the potential to do the job. That ticks three boxes diverse hiring policies should always have.”

10. Create a target for a 50/50 gender creative department

"'See It Be It Do It' asked leaders at the Festival in Cannes last week to publically pledge what they will 'do' to improved gender diversity in their companies, and for their tangible actions to live on social media as inspiration and reference for agency leaders everywhere,” summarised Sarah Watson, Global Chief Strategy Officer, BBH and Ambassador of this year’s programme.

“While we focus on inspiring women with what they can ‘be’, we also feel to truly help these women succeed, the right frameworks need to exist in agencies to help their careers progress,” she added.

As Dave Buonaguidi, Chief Creative Director of Crispin, Porter + Bogusky, London says: "The first step in change is to understand what we need to do. The second is beginning the process. And that won’t happen if we sit around talking about it, waiting for someone else to do it. Let’s start finding more positive values and cues like passion, integrity, mentoring, contribution and the desire to create meaning."  (Buonaguidi’s agency has committed to putting a talented up-and-coming female creative through college in 2016/17).

"We set up Creative Equals as an action plan," says Ali Hanan, Creative Equals founder. "With Cannes Lions, we hope we’ve made a difference by giving agencies a reference of equality actions their businesses and leaders can adopt tomorrow."

What’s your agency’s ‘action’? The report is still open. Submit your ONE do or your pledge to http://seeitbeitdoit.tumblr.com