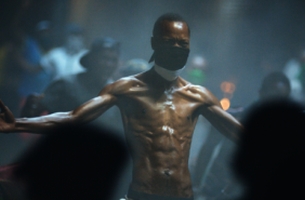 The Army is launching a bold, new public information campaign to highlight the role of the Army Reserve within the new Army structure, in order to improve public understanding of what they do and support recruiting across the whole Army. The ‘Normal Day’ campaign aims to demonstrate the importance of the roles the Army plays, at home and abroad, in a modern world undergoing significant geo-political and social upheaval.

The campaign, created by Engine agencies WCRS and Partners Andrews Aldridge, launches as latest, independent research reveals that 1 in 5 (20%) Britons believe that the Army is less relevant now than ever before. This figure rises to 1 in 4 (25%) among the Army’s core recruitment audience (18-34 year olds). The research also highlights a lack of recognition for the full breadth of roles it undertakes. When asked which duties they believe the Army spends most time performing, respondents ranked peacekeeping and fighting the UK’s enemies well ahead of humanitarian aid and disaster relief. And, when asked what ought to be the Army’s priority today, while conflict understandably came top (34%), comparatively few identified humanitarian aid (11%) or disaster relief (13%) as a key task.

To address these misconceptions, the new ‘Normal Day’ advertising campaign hits TV screens, print media, billboards and digital platforms. The adverts – which represent a significant departure from previous recruitment-led Army campaigns that focused on the job roles and benefits available in the Army – showcase the many unsung roles the Army performs and how it has restored normality to communities that have come under threat at home and abroad. The campaign will include three documentaries showing real-life examples of the vital and positive impact individual Army personnel have made to ordinary people’s lives in the UK, Kosovo and the Philippines.

By improving awareness and understanding of what the Army does, the ‘Normal Day’ campaign also aims to support ongoing recruitment and coincides with a seasonal drive to encourage people to consider a part-time role with the Army Reserve. The research further shows one in four people feel challenge and excitement is missing from their day job. The One Poll survey revealed nearly seven in ten people would consider volunteering on top of their normal work. The top three things people said were missing from their day jobs were excitement and challenge, travel opportunities and professional development. with one in four saying they would consider joining the Army Reserve to benefit from these opportunites.

Brigadier Nick Orr, the Army’s head of communications, said: “We have launched this campaign to improve understanding about what the Army does, but also to showcase the people that make our Army the force it is for good. These skilled men and women help to ensure normality is preserved for people at home and overseas and this campaign helps bring that to life for a modern audience who, in part at least, may question its future role and relevance. "

Orr continued: “We are proud of the Army’s values and role which is absolutely to protect the United Kingdom and fight its enemies, but also to prevent conflict and deal with disaster. While we recognise the clear need to adapt and change with the times, our role and relevance is enduring. The Army is as relevant now, if not more so, than ever before amid these incredibly complex times.”

“The campaign breaks new ground for the Army and vividly brings to life the many, and often under-recognised duties, it performs across a number of different communities and scenarios.

Major General Chris Tickell, Director General, Army Recruiting and Training Division, said: “This research tells us that people feel their jobs are lacking a challenge, excitement, the opportunity to travel and a decent salary – all of which are available at a world-class standard with the Army Reserve. No matter what your day job, the Army Reserve has something to offer you in your spare time, whether you want to use and improve your existing workplace skills, or try your hand at something completely different. You can travel the world, gain qualifications and benefit from confidence and leadership skills that will help you shine in your civilian career.”