See Through A Child's Eyes in Harrowing Spot for Kids Company 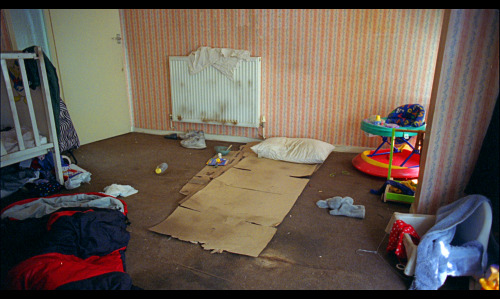 A new integrated communications campaign launches on 23rd June aiming to show people that the child welfare system in the UK is failing the nation’s vulnerable children. This is the first time that Kids Co and its inspirational founder Camila Batmanghelidjh CBE have created a campaign purely targeted at encouraging governmental change rather than general fundraising and awareness.

The ‘See the Child’ campaign comprises of an impactful 74 second long film, which will run in cinema and online from 24th June, along with radio, social media content, outdoor and press executions, all created by AMV BBDO.  It is supported by a public relations campaign aimed at reaching all levels of media from political to consumer, delivered by AMV BBDO’s PR agency, Fishburn.

The campaign highlights the startling fact that a significant number of children in the UK – an estimated 1.5 million of them - are suffering neglect and abuse every day.  They cannot change their situation as they do not have a voice – they cannot vote and they cannot petition for change. The vision for the campaign is to mobilise the public and generate outrage that the system is simply not fulfilling its duty in protecting the most vulnerable group in society by driving people to sign a petition to change the system.

The campaign film is directed by Chris Palmer and tells the story of a vulnerable child’s life from the child’s perspective. The child voiceover describes the conditions that they live in, the food they eat, where they sleep, where they play. As the voiceover mentions each aspect of the child’s life we see the associated imagery on screen, demonstrating the horrific conditions that this child lives in.

Crucially, with no production or media budget available, the campaign has been brought to life purely by those sympathetic to the plight of vulnerable children in the U.K. Lean Mean Fighting Machine, Mindshare, director Chris Palmer and production company Gorgeous, as well as The Mill and Wave, have generously donated their skills and time.

As with many other Kids Co campaigns, the charity’s huge celebrity support will be leveraged over the forthcoming weeks via supporting PR activity, underpinned with the endorsement from numerous public and political figures which will be revealed during the campaign roll out over the next week, driven by Fishburn and its expert Public Affairs and Consumer PR teams.