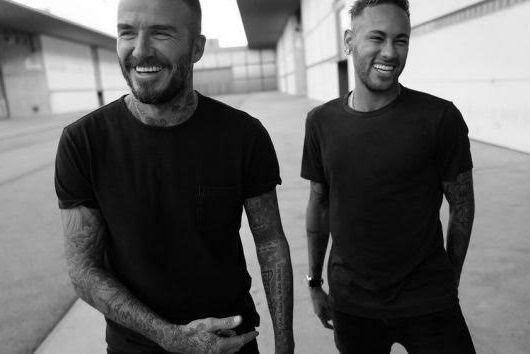 OTRO, the new digital fan club created by the world’s greatest footballers, has launched this week around the globe with a marketing campaign from Havas UK. OTRO enables the stars of the modern game to connect with their fans, telling personal stories through short form content and feature length shows, interviews and documentaries that shine a light on their lives away from the pitch.

The launch spot, directed by Hungry Man's Hank Perlman, if a 60-second film depicting the ‘other side’ of the players’ lives. It will be promoted through the players’ social media channels – reaching a potential organic audience of approaching one billion – and paid social across regions including Spain, Italy, France, Germany, the UK, Brazil, Argentina, the USA, Mexico, Indonesia, Turkey and Egypt.

The star-studded spot features nine of OTRO’s 17 founding players in a range of scenarios off the pitch – from David Beckham working in his office to Lionel Messi getting a suit fitted, Neymar Jr playing the piano, Dele Alli gaming and the flamboyant Benjamin Mendy, resplendent in Tricolore swimming shorts, dancing in his hot tub.

It ends on Zinedine Zidane, who slams his book shut, fixes the camera with a steely gaze, and says just one word: ‘OTRO’ – Spanish for ‘other’. It also introduces OTRO’s strapline: ‘See our other side. Join our other club’. As well as the film, Havas has been responsible for strategy and comms, media and event planning around the launch of the platform.

Mark Whelan, Chief Creative Officer, Havas UK, says: “Literally a once a lifetime opportunity to work with a start-up unlike any other. The whole Havas Village jumped in fearlessly with our excellent clients at OTRO to help make this miraculous thing happen.”

Spencer McHugh, OTRO CMO, adds: “Our launch campaign perfectly tells the story of what OTRO is about - connecting the greatest footballers in the world with their fans, and revealing the personalities behind the players.”