See the Future of Channel 4 with MPC, 4Creative and... Alien Carr? 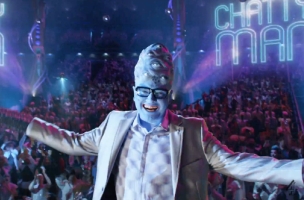 Launching on-air across all Channel 4 networks from Friday 10th April to promote the launch of Channel 4’s new digital service All 4, the 60 second futuristic film has been sent back in time to show viewers ‘the future of 4’.

The fantasy future features five (almost) naked, laboratory grown Spencer Matthews who are seen hitting on a scientist in a clip from Genetically Engineered in Chelsea (the evolution of hit E4 show Made in Chelsea); an armour clad jockey and red eyed racehorse prepare for The Grand National 2120 and Channel 4 News coverage of a royal wedding broadcasts the homosexual newlyweds’ first kiss live from the balcony of Buckingham Palace.

John Allison and Chris Bovill, Heads of 4Creative said: “We are continually bombarded with depressing, post-apocalypitic, dystopian visions of the future where we are hunted by machines or probed by aliens. So we wanted to launch Channel 4’s new on demand platform with a refreshing antithesis; as long as you stick with Channel 4 the future will be a liberating, progressively-minded and hilarious romp into oblivion. The only downside is that Spencer will still be around to hit on your girlfriend.”