Sedley Place Produces Base Reel of Content for Diageo

Content to be used on LED screens within the company’s main atrium, bar and meeting hub 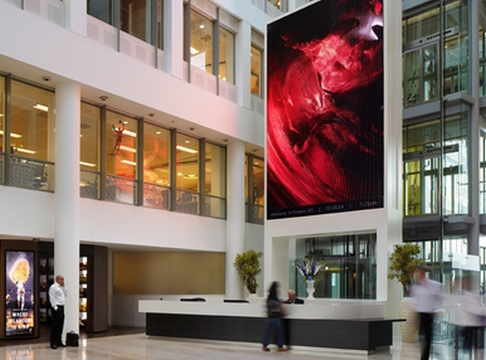 Sedley Place has produced a base reel of content for Diageo to be used on LED screens within the company’s main atrium, bar and meeting hub at its headquarters in Park Royal. The reel acts as a visual extension of the Diageo brands and the ambient content complements the building’s interior environments.

The agency has developed a series of content that uses borescopic camera technology to capture flowing liquids at a detail far greater than macro and at an increased frame rate of 120 frames per second, allowing for extreme close-ups which move at a super slow speed. The results are elegant and abstract footage of gin, lager and whisky, with further content to be rolled out later in the year.

Sarah Power, events manager at Diageo UK said: “We required a base reel that paralleled the quality of the advertisements on display at our headquarters, yet did not act as a distraction. Sedley Place’s work perfectly captures the essence of what Diageo’s business is about – expertly demonstrating elegance via our products in a subtle manner.”

David Strudwick, head of motion graphics said: “We wanted to create something visually stunning yet unobtrusive for Diageo – to sit alongside branded content and act as living wallpaper in the building. Focusing on the idea of liquids – at the core of Diageo’s products – we developed a concept that both relates to its brands and offers understated content that can be used throughout the building.”

Sedley Place was also responsible for designing Diageo’s Brand Store, at its headquarters in September 2012, and in delivering the large format LED screen in the atrium reception area as part of that project. At the time of launching, the agency developed content for the Johnnie Walker brand’s ‘Flavour is King’ campaign to entice brands to use the LED screen as an internal and external marketing tool.