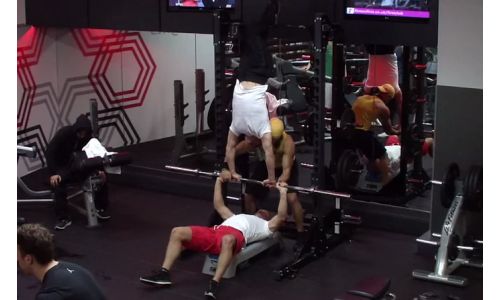 Fitness First has teamed up with Denstu Aegis Network agency Vizeum to increase awareness of the brand’s new freestyle areas through a viral video campaign.

The content showcases the flexibility of the spaces through professional stuntman and freerunner Damien Walters, who performs a series of unbelievable skills in front of a packed Fitness First club. Vizeum facilitated the original concept and secretly filmed the execution to capture the real reactions of gym members. The content was then edited to produce a short video along with behind the scenes footage that depicted the recording process.

Jonathan Palmer, Head of Social, Vizeum UK said: “This campaign gave us the opportunity to demonstrate the innovative nature of Fitness First’s new flexible spaces by harnessing the power of social. It is the perfect example of how a simple premise and execution can produce the type of content that drives sharability through online channels.”

David Jones, UK Marketing Director, Fitness First said: “The freestyle spaces within our gyms offer our instructors and members unprecendeted freedom to push their bodies to the limit and improve their overall health and well-being in a fun and engaging way. The partnership with Damien Walters and the way that Vizeum have seeded the content for wider distribution has created something that we are certain will capture the public’s imagination.”