Secret Atlanta: Things to Eat, See and Do in Atlanta

We talked to Atlanta-based creatives and executives at Fitzgerald & Co, Bark Bark, JWT, 22 Squared to discover what's bubbling under the surface of the home of the world's favourite drink 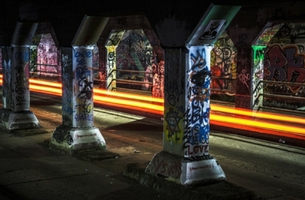 Atlanta is a city that deserves to be best known for its food, drink, natural beauty and sporting excellence. However in terms of advertising, one brand stands head and shoulders above the rest. Atlanta's home to a certain drinks producer named Coca-Cola, a brand that local adlanders argue didn't only put the city on the map but shaped it too. The brand is so popular that, after the word 'ok', the word 'Coke' is the world's second most universally recognised word. Being the home of the world's favourite drink has its advantages and has attracted a lot of business and productivity to the city, but it's not the tipple of choice for everyone who lives there and the city obviously has a lot more to offer than fruit flavoured fizzy pop.

We spoke to local creatives at Fitzco, Bark Bark, J. Walter Thompson and 22 Squared to get the low down on their favourite haunts to visit, eat, drink and discover in Atlanta and find out what the city has bubbling behind the scenes.

“Bocado in West Midtown has one of the best burgers in town and is best had at lunchtime.Home Grown in Reynoldstown for the Comfy Chicken Biscuit (and other Southern comfort foods).” Emily Grim, Strategist, 22squared
“For quick and cheap, go to Yumbii's new location on Peachtree Street” Chris Tuff, EVP, Director of Content Marketing & Partnerships, 22squared

"I love Harry & Sons in Virginia Highlands for friendly, inexpensive neighbourhood sushi." Matt Woehrmann, CEO, Fitzgerald & Co
There are so many to choose from, but for the family you can't go wrong with one of the three Verde restaurants" Chris Tuff,EVP, Director of Content Marketing & Partnerships, 22squared

"Kimball House in Decatur has insane oysters and cocktails (and a weeknight oyster happy hour that keeps the price tag relatively under control). Great music and spectacular service. Atlas at the St. Regis Hotel in Buckhead is like a 2-in-1 date night (dinner + a museum) with fabulous art in rotation on the walls. Staff will give you an iPad tour to check out the collection unobtrusively. While you’re there, get the “password” for Himitsu, Umi Sushi’s downstairs cocktail lounge that features some of the best people-watching you’ll get in Atlanta. St. Cecilia for ambience and classic coastal dishes (even though Atlanta’s landlocked). Bread & Butterfly is the most Instagrammable brunch in the city." Emily Grim, Strategist, 22squared
"Date night, I'd hit Ford Fry's many great restaurants (Superica, JCT or The Optimist)" Chris Tuff, ‎EVP, Director of Content Marketing & Partnerships, 22squared

Clermont Lounge (if you’re feeling really adventurous... it’s a dive bar with strippers over the age of 50)." Ann Daykin, Studio Executive /Partner, Bark Bark
"Sweetwater Brewery tours are clutch." Chris Tuff, EVP, Director of Content Marketing & Partnerships, 22squared
"The rooftop at the Glenn Hotel downtown has a great skyline view. Go on Wednesday-Sunday nights to enjoy Eat Me Speak Me’s pop-up food menu. Proof & Provision in Midtown, TIconderoga Club in Krog Street Market, and Little Trouble in West Midtown for truly fabulous, “artisanal” cocktails with all the trappings (including the hipsters). Euclid Avenue Yacht Club in Little 5 Points, Trackside Tavern in Decatur, and The Earl in East Atlanta all have great bar food and very cheap drinks. These are all (proudly) divey places, so if you’re not into that you won’t appreciate them. Joystick Gamebar in Old Fourth Ward is fun for an arcade game-themed night out, Mary’s in East Atlanta for karaoke and porch-sitting/day-drinking, and The Graveyard/The Basement or Mother for a dance party." Emily Grim, Strategist, 22squared

Atlanta – The Best Things to Do

"The street art in Atlanta is top notch. There is an amazing community of artists whose work makes travelling through the city an ever-changing adventure. fun." Mike McGarry, Business Lead, Fitzgerald & Co

"Living Walls is a local organisation that brings street artists from all over the world to create murals around the city. It’s worth it to try to map out each of the walls and just drive around the city to check them out. Mammal Gallery and Murmur in South Downtown are community spaces that consistently feature thoughtful, provocative art and performance. Atlanta has a very active Creative Mornings chapter that brings the city together to celebrate creativity, General Assembly regularly holds creative and UX events at its headquarters in Ponce City Market, and #WeLoveATL celebrates city pride through Instagram/photo meetups, projects and talks. If you’re in Atlanta and not getting stoked about all the inspirational and creative power we have going on here, you’re doing it wrong. Ponce City Market The classic structure, which is the area’s largest adaptive reuse project, has been reinvented as a vibrant community hub housing the Central Food Hall, various shops, flats and offices, all while pointing back to the roots of its inception." Emily Grim, Strategist, 22squared 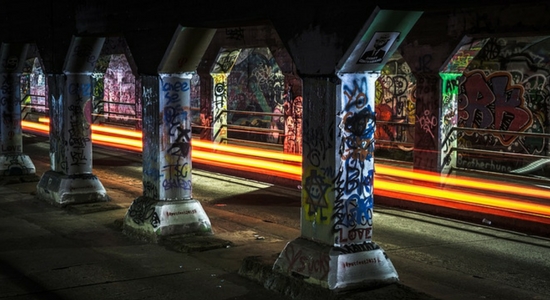