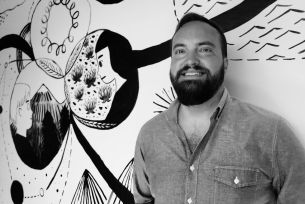 Sean McNamara has joined enso, a mission-driven creative and strategy studio based in L.A. as Head of Strategic Growth. In his new role, he’ll work with the leadership team on scaling enso’s growth and evolution.

Sean has 18+ years of strategic planning, brand building, and business development experience at independent and network shops, and has created integrated campaigns for some of the world’s largest and most-respected brands, including Whole Foods Market, AT&T, Microsoft, Sony, HBO, KFC, Walmart, Moet & Chandon, CA Technologies, and Aetna. Sean previously served as Partner, Chief Strategy Officer at Omelet, where he helped grow the agency more than 500% in less than five years. Prior to Omelet he held hybrid roles at Y&R and Grey in New York, and at MZ in Los Angeles. He holds a BA in Latin American Studies from Colgate University and lives in Venice with his wife and two kids.

“We really like how he thinks, and how he acts—he brings great insight and ideas with such little ego—so refreshing in the world of business,” said Kirk Souder, Co-founder and Chief Creative Officer of enso.

On joining enso, Sean says, “This is very much a people business. Yet I’ve never met a group so resolute in their belief in people and what they’re capable of. The team at enso has a clear-eyed vision for using creativity to change the world, and the work they’re doing with forward-looking brands to advance positive social impact is both humbling and inspiring.”