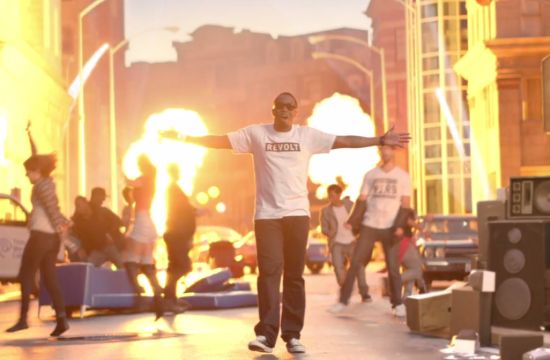 Throwing a rockstar rager has never hit this close to home before now.

“The next revolution of music programming is here and it’s a wild, non stop celebration,” commented MassMarket VFX Supervisor Brendan Fitzgerald. “This is where the action is happening. This is your backstage pass. And this crazy, exciting lifestyle of music and mayhem - it’s all coming to your living room.”

MassMarket was on set working with director Paul Hunter to bring the madness to life, helping capture the right vibe in camera and collaborating on various shot techniques while filming.

“There was so much action and energy on set, it was really infectious,” added Fitzgerald. “There was a lot of improvisation with the props that created these fun, genuine moments throughout the spot. Most ended up making the final cut.”

Back in the studio, MassMarket worked to finesse the chaos, pimping out the school bus interior, applying graffiti tags, completing environmental extension and adding pyrotechnics to augment the revelry of the live action.