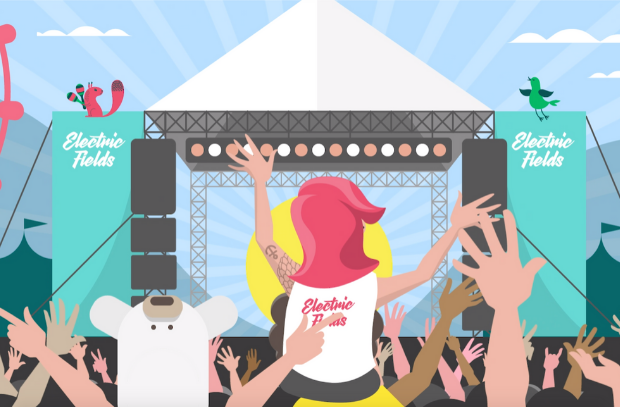 Fun, visually rich and imaginative, animation is a fantastic tool for storytelling (especially useful in the current climate) and a very appealing career choice. It seems that many creatives do seem to think so, with an even split between males and females studying to get into the industry.
But compare this to the balance between men and women who are working in animation, and you get a very different result. Something seems to happen in the gap between graduation and employment, and the number of women in animation just trickles away...
So what’s causing this significant drop in numbers and why is it so important that we fix it?

Founded in 2013, Animated Women UK (AWUK) exists to positively support, represent, celebrate and encourage women in the animation and VFX industries across the nation. Working to change the gender landscape, the organisation is made up of industry volunteers who are building a vibrant network that facilitates mentoring, knowledge exchange, and education to help women fulfil their potential. 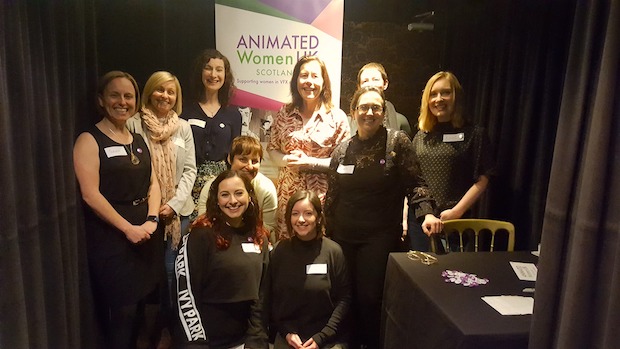 AWUK Scotland
As a result of the growing animation and VFX scene in Scotland, co-chair Beth Parker asked former colleague, Sueann Rochester to head up a new Scottish division for the group. Sueann, who is MD at Wild Child Animation, says: “AWUK were conscious of the fact that the group was very London-centric and they wanted to increase their support in other areas of the UK. The role is a huge commitment as we all volunteer outside of our existing day jobs but it is such an important and exciting movement to be a part of.”
“But I couldn’t do this alone,” she continues. “To ensure AWUK Scotland’s success I needed a strong group of committed women by my side. I met with as many female representatives from the industry as I could and I spoke to them about why we really need this in Scotland. It had to be a real community based effort. Luckily, everyone was behind the idea and just as passionate about pushing the Scottish creative scene.” 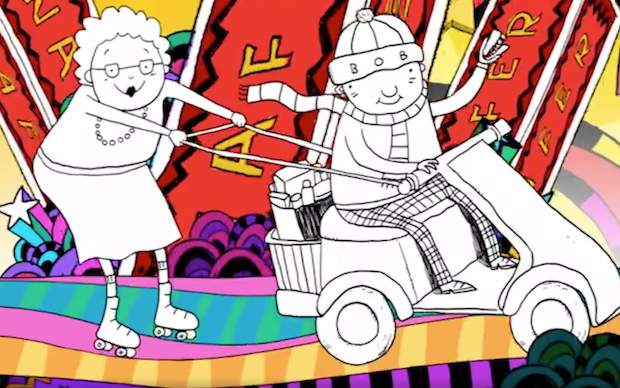 Wild Child Animation. Copyright Liz Pichon
Jonathan Mortimer, co-founder of Animation Scotland says: “I emphatically believe that the animation sector in Scotland needs a single unified voice in order to make positive change. The Animation community, both internationally and locally is a close-knit one and I saw no reason why studios could not band together on important points for the benefit of the animation industry. I believe in equal opportunity for all regardless of gender, age, appearance, genetic make-up or lifestyle choices. I would welcome further debate with the animation industry in Scotland, into ways we all could be more inclusive of everyone, not just between the sexes, and encourage diversity.”

The Gap In Education

“When I was at college, there were just four girls in a class of 30,” recalls Victoria Watson, co-founder of creative production studio, Eyebolls. “The positive is that things are definitely changing and these days the split is very much 50/50 but there is a definite gap in the employment sector. So more women are getting into the courses but there seems to be a problem from graduating to actually getting jobs, particularly the higher and more creative roles.”
Eyebolls animation reel
Sueann agrees: “After graduation we don't know what happens - women seem to vanish off the face of the earth! There is some kind of chasm in between and that is a big focus in Scotland at the moment to try and figure out what the issue is and how to encourage women to pursue their dream roles. We need to make it clear that anybody can get into creative roles and we need to work to make it a more diverse and balanced place.”
She adds: “There was an interesting study done where they looked at how men and women apply for jobs. They found that men only need 60% of the skills asked for to apply, knowing that they can just learn any extra skills they need once they get the role. But for women, we tend to think that we need to meet all of the skills that a job asks for before we are willing to apply. The problem is partly due to old historical stereotypes, where women grow up to think that girls can only do certain types of jobs and the rest are reserved for men. It becomes ingrained in us over generations so we really need to break these outdated moulds.”

In order to change people’s thinking, we need to teach young girls the vast array of roles available to them within animation and VFX. “Animation is taught in most institutions but that is only part of the puzzle,” says Sueann. “Especially in CG, the technical craft of modelling, rigging lighting, layout... There are many different areas that are involved so I think it is important for graduates to understand the pipeline and the process within studios. There are lots of niche jobs to tap into and no job is too technical for a girl.”
AWUK marketing director Lucy Cooper says she had no idea just how much depth the industry had. “As part of my marketing course, I had to do a thesis which I chose to focus around broadcast sponsorship which necessitated chatting to people at commercial television stations. I was seduced. A whole new creative world that I’d never imagined I could be a part of was revealed and I’ve never looked back.” 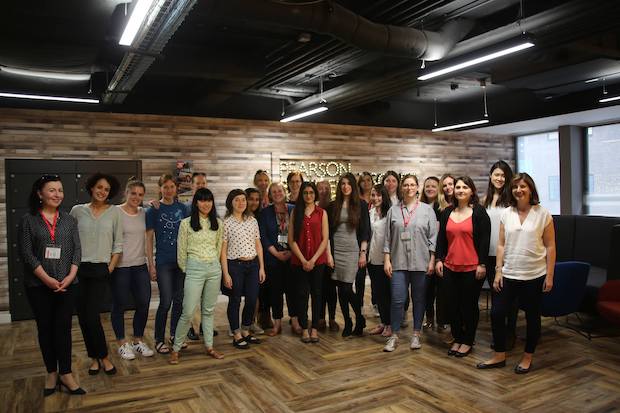 AWUK
“I think there’s a big awareness problem,” she notes. “Not many people know the industry exists as a viable career. And if they do, they often think that only people who are good at art can be involved. But at the end of the day it is just like any other business and so needs people across every sector from accountants and managers to technology support. I think that lots more women would like to work in the industry if they knew more about the opportunities available. That’s why it’s so important to continue to raise awareness through organisations like AWUK, ACCESS:VFX, UK Screen and ScreenSkills.”
AWUK Scotland committee member Lucy Teire (also director of Move Summit and head of production at Interference Pattern) agrees: “I'd love to see more schoolchildren from all backgrounds introduced to animation at an early age, both as a hobby and as a viable career path. I'd also like to see students come out of Scottish universities more industry-ready. Interference Pattern has collaborated in the past with Access VFX - a brilliant organisation that works for inclusion and diversity in our industry. Move Summit also has a real focus on emerging talent and one of the three days of the event is dedicated exclusively to animation students. We're currently looking into ways to have a year-round program of Move events linked to education.” 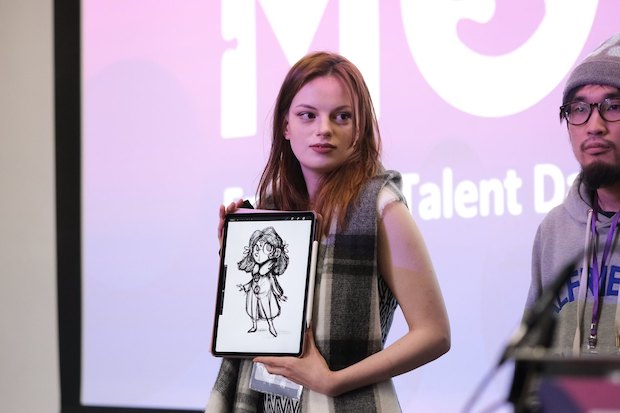 Move Summit 2020
She points out that “ease of access is crucial to bringing people into the industry. Famously, one street in Reading spawned 12 table tennis stars including British number one, Matthew Syed. The secret? Mr Charters. A teacher at the local primary school who gave all of his students access to table tennis and guided anyone with talent or enthusiasm into the local clubs. Simple exposure and access can do wonders.”
Jonathan, who in 2016 was voted Most Inspiring Lecturer at Edinburgh Napier University, likes to think of himself as a dual-practitioner: “an animator and educator. Where my experience of one better informs my practice of the other. I would welcome further discussion into adapting STEM (Science Technology Engineering & Maths) to include the Arts (STEAM), for means of further funding opportunities as well as placing greater emphasis on the importance of the arts.”

Steps In The Right Direction

The combined effort between Scotland’s various organisations in the last few years has already had a powerful impact on the industry.
“The Move Summit is in its fourth year now and attracts some of the most incredible speakers from around the world to come and share their knowledge with Scotland,” Sueann says. “Getting international people to come and recognise that Scotland is super talented and full of great people has had a huge part to play.” 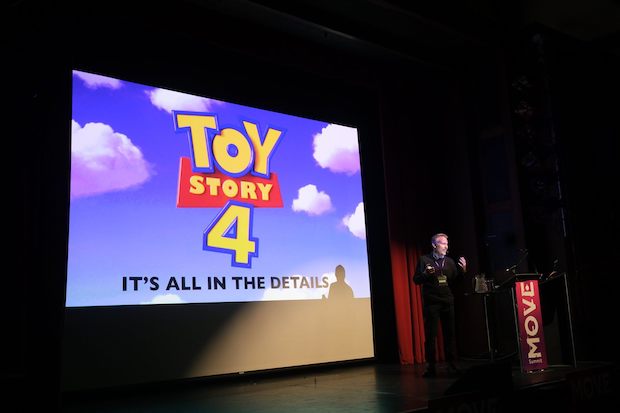 Move Summit 2020
Director of Move Summit, Lucy Teire, adds that “the event has gone from strength to strength since 2017. In our first year it was a single-day event with fewer than 200 people, now we're up to around 1,000 over three days with speakers from the likes of Pixar, Disney, ILM and Blue Zoo. The animation industry in Scotland is on an upwards trajectory and it's lovely that Move has had a role to play in that. By bringing in speakers from all over the world, Move is also helping to raise international awareness of the Scottish animation industry and we hope that our speakers are also inspiring Scottish animators to be justifiably ambitious.”
Like the Move Summit, AWUK holds regular events for networking and educational opportunities made up of workshops, panel discussions, and social activities. “I think that the nicest thing for me has been bringing people together and giving talented women visibility,” Lucy Teire comments. “I love seeing students chatting away to heads of studios at our social events and I'm also blown away by the talent of some of the women who've so kindly agreed to give talks and workshops. It's still quite a male-dominated field so it was a surprise to meet quite so many brilliant women and I suddenly have a huge list of future collaborators!”

From the women working in the industry at the moment, there’s one piece of advice that can help those aspiring to work in the industry immediately: learn to be confident.
Victoria says: “It takes bravery to put yourself out there and speak to people who can help you obtain work placements or a job in the industry. At the same time, we’re working to make it less intimidating for young talent to do so by supporting these events and initiatives that are making it easier for everyone to network.”
Colleague and Eyebolls executive producer, Rhona Drummond says: “We have a work experience scheme and we always chat to the young women at these events to let them know these opportunities are available. It’s so important to follow up on these conversations to give yourself the best shot possible. 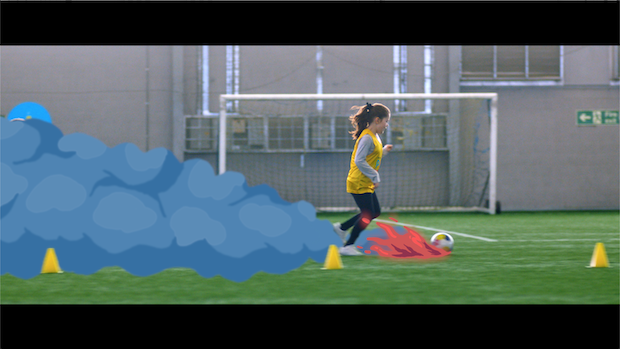 UEFA, Eyebolls
She adds: “Animation is a tool that can be achieved both in a large studio and in isolation, something we are all incredibly grateful for given our current time of global turmoil. So please, if you want a piece of illustration or animation to communicate a message, do give either myself or Victoria a call.”
Lucy Cooper, who initially started by studying law, adds a final thought: “Don’t be scared and too narrow in your focus. It can feel like the decisions you make early on are irreversible, but just about everyone I know has followed a very windy road to where they are now. It’s important to try different things, build and maintain your network, approach everything as an opportunity and do it to the best of your ability – that’s when people notice you. Say yes to helping on short films and passion projects as this will help you build a strong network of like-minded people. Ask for feedback and act on it. Finally, remember to cut yourself some slack when things don’t go to plan - we learn the most from our mistakes.”
view more - Company Profiles 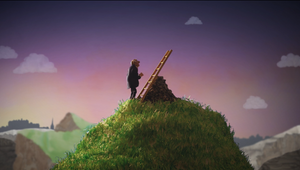 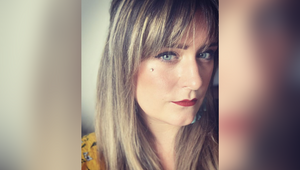 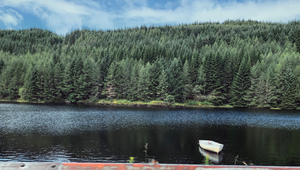 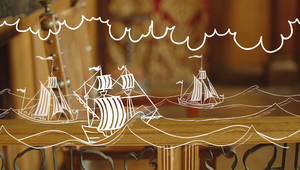 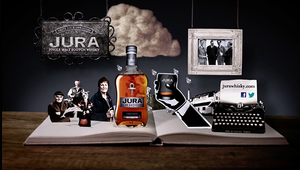 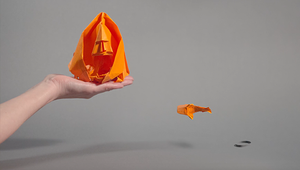 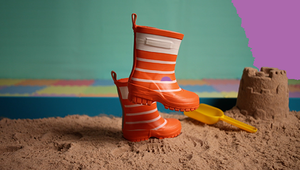 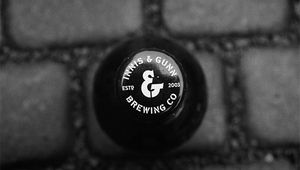