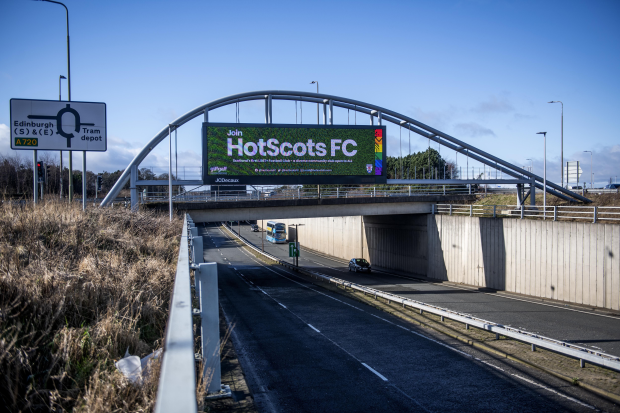 After being recently announced as one of the winners of giffgaff’s Community Projects, HotScots FC has received £5,000 in funding, marketing and logistical support, which has helped take the advertising campaign from an idea to reality. The initiative aims to attract new members to the club from the LGBT+ and wider community.

Alicia Hartman, HotScots FC Chair, says: “We are really thrilled to be launching our first-ever advertising campaign and we hope it will encourage new members to join from all parts of the community. We are looking forward to welcoming giffgaff members to support our future home games and hope our new advert will help the club continue to flourish.”

Layla West from giffgaff, said: “HotScots FC were very worthy winners of our Community Projects campaign, with some great initiatives for the LGBT+ community. Our design team has worked closely with HotScots FC to develop an advert we’re really proud of and we’re hoping it will attract new members to the club."

The advert launched from Friday 21st to Sunday 23rd February on the Edinburgh Arches at the Gogar Roundabout (A8 Glasgow Road).