L.A. studio doubles down on promise of being the ‘easiest music company to work with’ by offering quick response at the push of a button 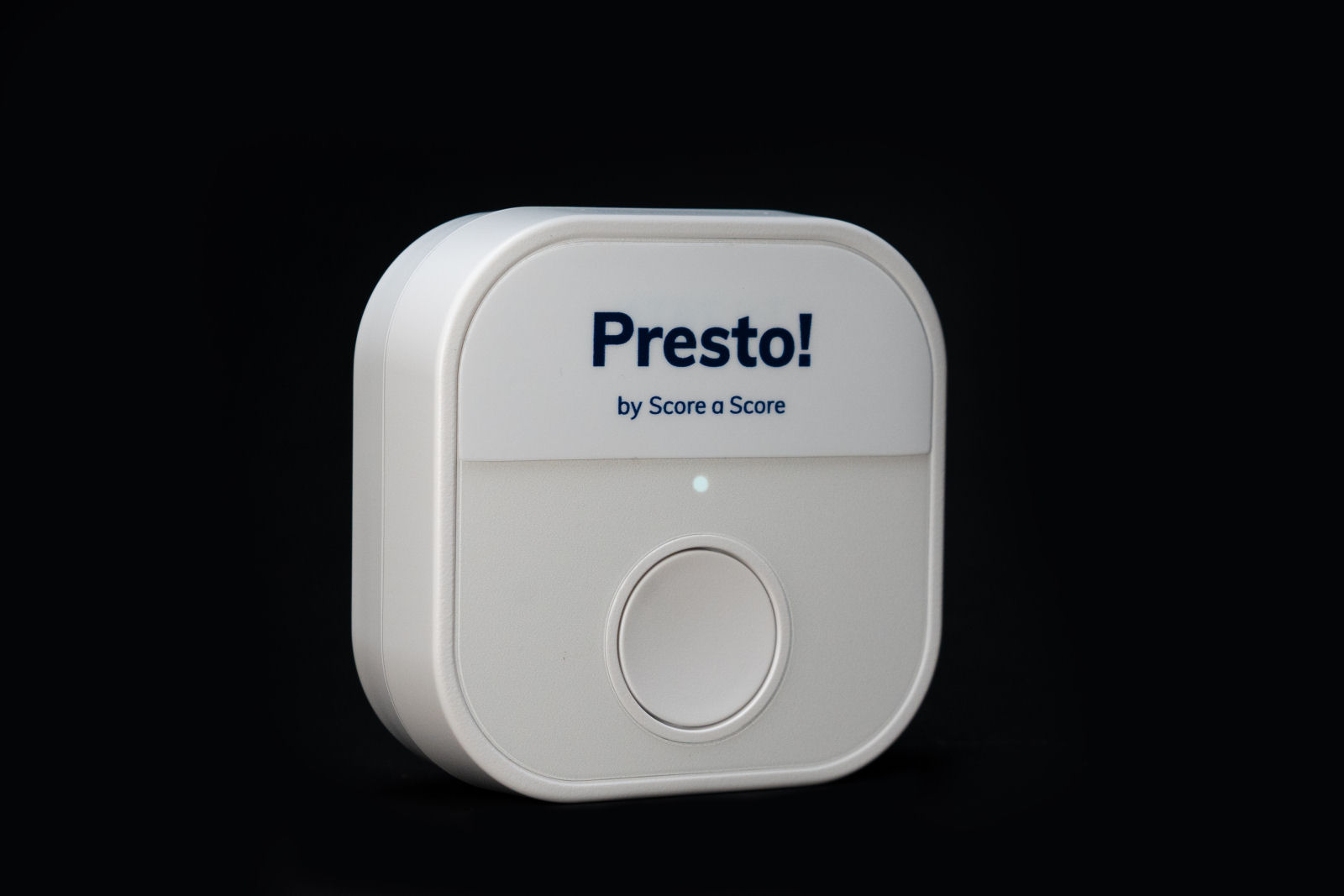 Commissioner Gordon had the Bat phone. Bank tellers have panic buttons. Every security guard in every horror movie ever made has that big red button they hit when the aliens breach the perimeter fence.

Now, creatives and producers in the advertising and film trailer industries in dire need of a trusted music company have their own code red button too: Introducing Presto! by Score a Score, a wireless device that guarantees to trigger a call, text or email from a member of the Score a Score team instantly, anytime, anywhere.

Score a Score is an award-winning L.A.-based music company that specialises in original composition, licensing and music supervision for ad campaigns, trailers, TV series and feature films. They’ve sent dozens of Presto! buttons to clients across the country as a way to celebrate their 10th anniversary, coming up early next year.

Presto! is a compact device that fits literally in the palm of your hand. Jordan Passman, Score a Score’s founder and CEO, says its’ inspiration grew out of the times – or rather, the lack thereof. “In the music-for-picture industry, time is everything, and responsiveness is woven into the fabric of our business,” he explains. “We’ve heard for years that our clients have come to rely on our speed and availability, but that wasn’t enough. With Presto!, we know for a fact that, with the push of a button, we’re the easiest music company to contact in the world!”

“We’ve gotten the musical 911 call countless times,” adds COO Jake Weinreb. “Music decisions often come down to the wire in production, and it’s in our DNA to be available to our clients when they need us most. What I love about Presto! is that it embraces our ‘first responder’ philosophy in physical form. Plus, who doesn’t like pushing buttons, it’s fun!”

Score a Score takes creative gift giving seriously, handing out everything from annual Thanksgiving socks to custom bobbleheads in the likeness of some of their longest-tenured clients. They once even made a ‘Guess Who’ game, replacing all of the character pictures with music supervisors working in the trailer industry in Hollywood.

This time, they’ve gone a step further. “Presto! definitely kicks it up a notch,” says Passman. “It’s like a ‘Life Alert’ for your music needs. Instead of ‘Help, I’ve fallen and I can’t get up,’ it’s like saying ‘Help, I need music and I don’t have time to email!’

Each Presto! is ready to roll right out of the box. It’s programmed with contact info for its recipient, so that when they push its button, the Score a Score team knows exactly who’s reaching out. Presto! automatically emails the SAS team within 30 seconds once pressed, and a team member in turn reaches out to whomever is calling. And it’s totally mobile and requires no Wi-Fi signal to work, so Presto! can be used from just about anywhere.

To introduce Presto!, Score a Score produced a short video ad that sums up the whole idea behind the gizmo and celebrates the role buttons play in our daily life. (Hint: without ‘em, there would be no smoothies.) And Passman says they didn’t have to search far to come up with a name, either: “It’s a musical term that means something is to be performed at a quick tempo. It matched up with our rapid response time, so we felt it was a perfect choice.” The studio also has a special website for Presto!