Scion 'Makes Everything Epic' In Campaign By ATTIK 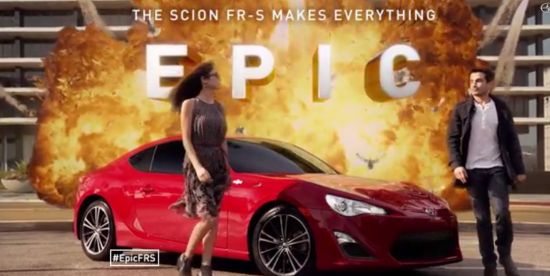 Global creative agency ATTIK and their clients at Scion share the new Scion FR-S “Makes Everything Epic” thirty second spot. Conceived and produced by ATTIK as part of a cross-media campaign, a 3D version of the spot debuted in theaters across the U.S. this past weekend ahead of 3D screenings of "Captain America: The Winter Soldier."

The spot is now airing on television and appearing on Scion's website found here and the brand’s social media channels as well. To direct, ATTIK chose Joe Carnahan of RSA, whose feature film credits include "The A-Team" and "The Grey." The project also reflects the artistry of cinematographer Mauro Fiore, who won the Oscar for Best Cinematography for "Avatar"