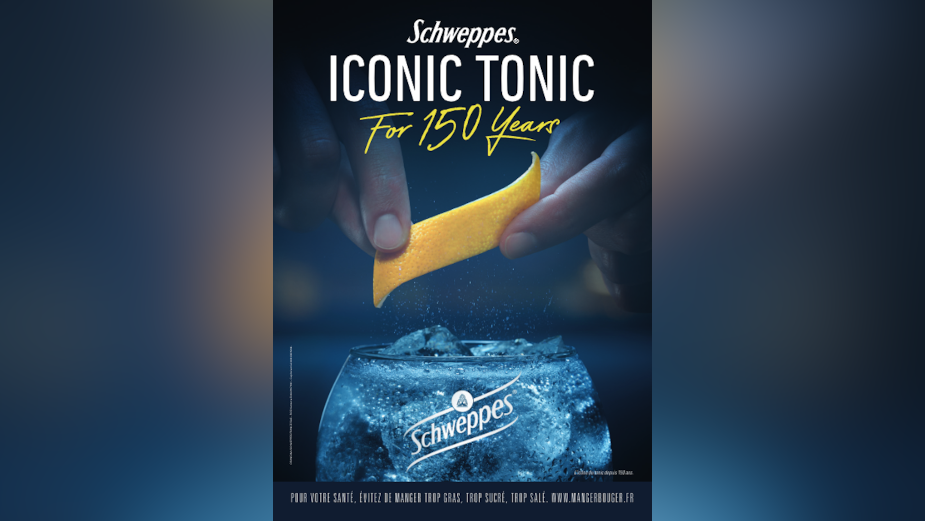 In 1870, a drink was born that became the iconic Schweppes Indian Tonic. Often imitated, copied or replicated, but never equaled, it has made an impression on people with its delicious bitterness and its chic and irreverent attitude.

On the occasion of the 150th anniversary, the Schweppes Indian Tonic once again fully assumes its iconic status in a new campaign signed BETC.

Captured by the famous photographer Dan Tobin Smith (Absolut Vodka, Hennessy), the spirit of this iconic Tonic is unveiled: festive, refreshing but above all so original. 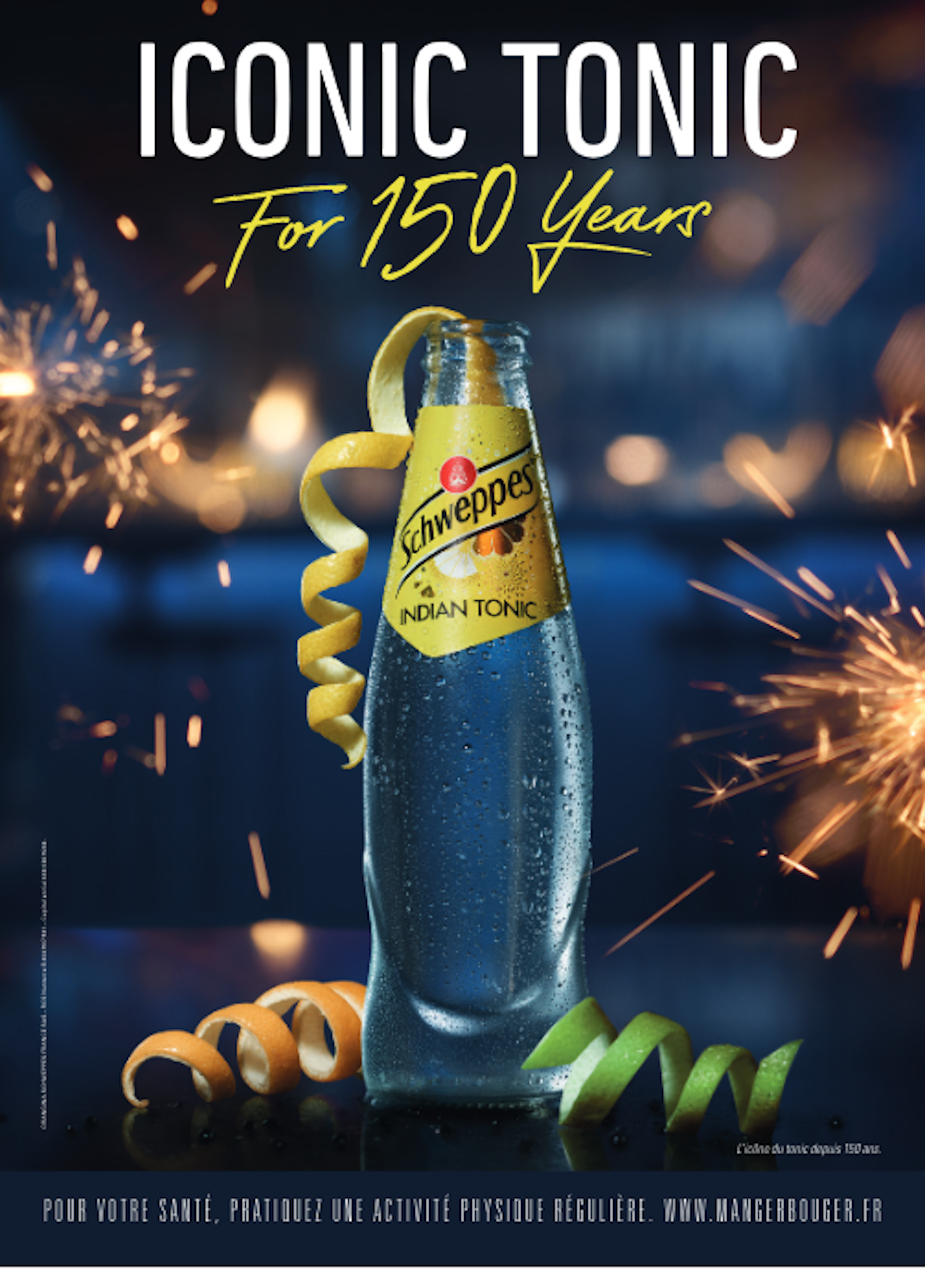 The campaign features three playful, strong and complementary visuals: a bottle covered with party favours - if you look closer you can see they are actually citrus zests, the kind used for cocktails; an uncapped bottle - the intensity of its famous sparkle is enough to literally blow out its birthday candle; a yellow lemon zest, elegantly placed on a deliciously chilled cocktail glass to mimic the iconic shape of the logo in a large format.

A daring campaign, reminiscent of the unmistakable personality of the Schweppes brand. As well as a press campaign, the prints will be launched outdoor at the end of the year. 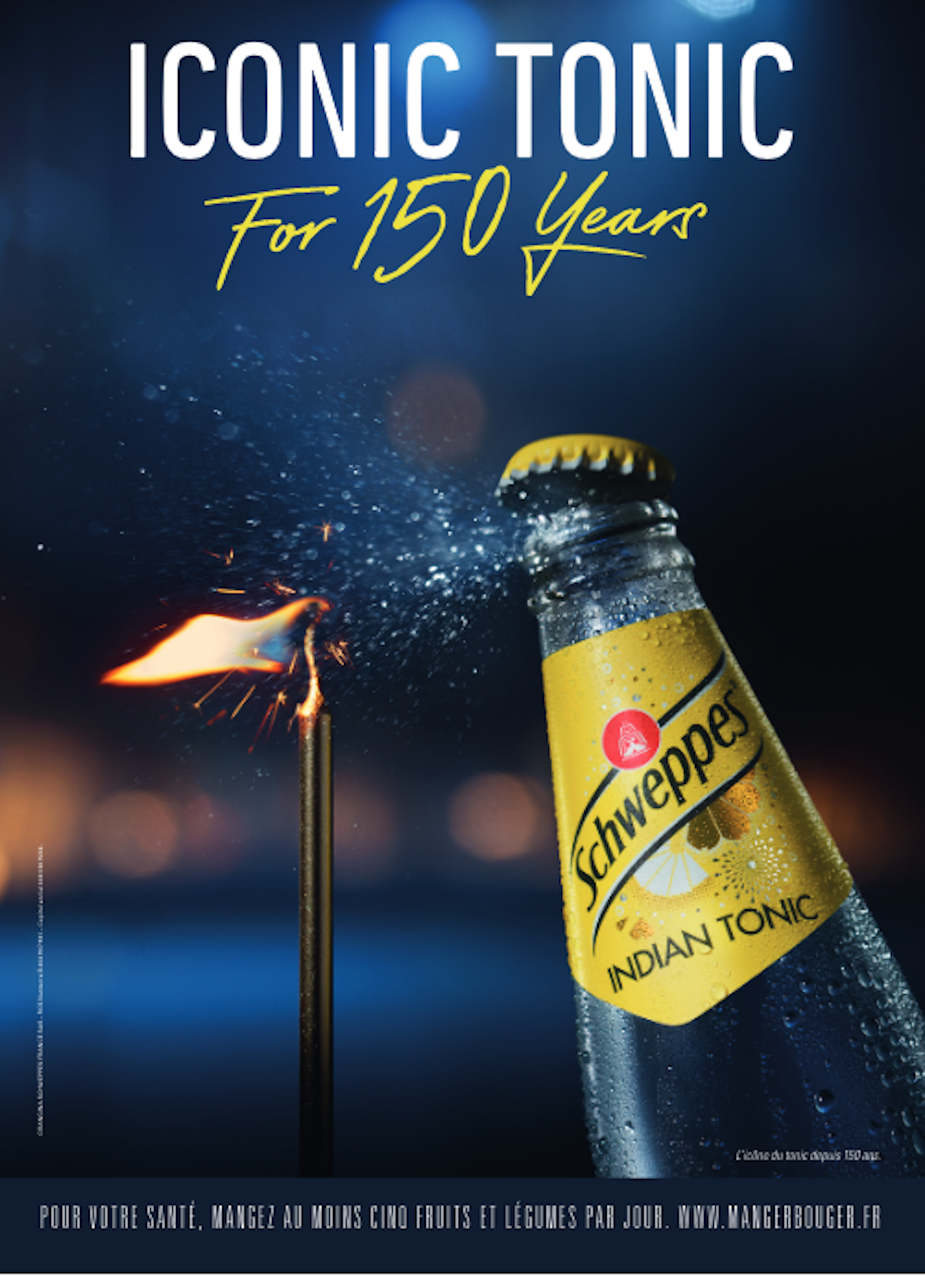 And because a birthday is a cause for celebration (in full respect of social distancing of course), Villa  Schweppes will be going on tour to liven up and support bars in France as part of the ‘J’aime mon Bistrot’ operation.

Finally, an anniversary would not be quite the same without a gift, which is why the 150th anniversary of the Tonic will be celebrated as special game in-store, with many prizes to be won.