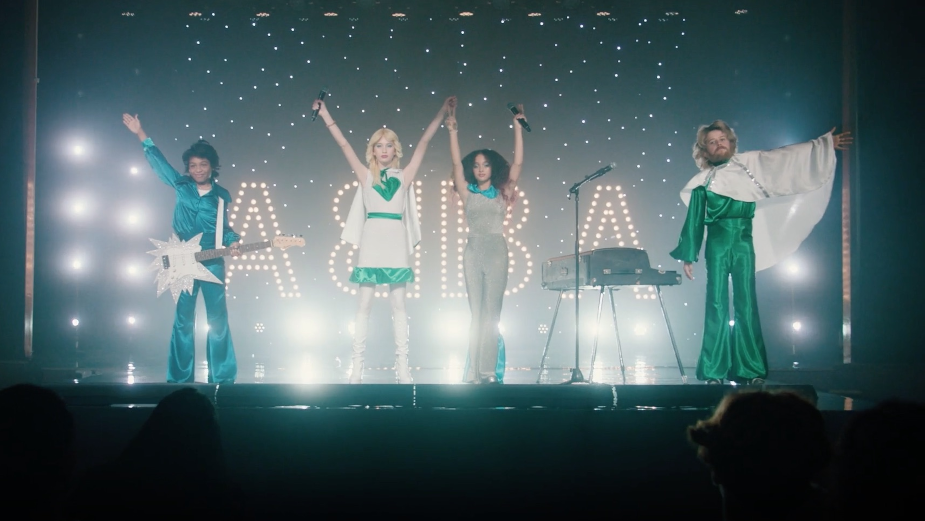 The official music video for ABBA’s Christmas single ‘Little Things’, directed by Sophie Muller out of PRETTYBIRD, is unveiled today.

‘Little Things’ is out now on CD with proceeds of the song going to UNICEF to help support the Global Child Protection Fund. Taken from ABBA’s No.1 album Voyage, released through Polydor/Universal Music Group - this year’s fastest-selling album to date and the band’s 10th UK No.1 album - ‘Little Things’ is a gentle reflection on the joy of Christmas morning and family time around this special time of year.

Agnetha, Björn, Benny & Anni-Frid said: “we think it is impossible to eradicate poverty without the empowerment of women. That's why we support UNICEF in protecting girls from sexual violence and empowering them through the Global Child Protection Fund. We have done so for many years with our song Chiquitita and now we have decided to give UNICEF a Christmas gift in the form of a second song: Little Things from our album Voyage!”.

Centred around a dedicated and ambitious group of school-age children, many of whom in real life are close to (or even related to!) the creative team behind the ground breaking concerts, this next generation of geniuses are inspired to create an ABBA Voyage ‘Christmas Special’, and embark with irrepressible enthusiasm on the enterprise of motion capture, choreography, costume design, stage lighting and band rehearsals, culminating with the arrival of parents and family members and the beginnings of snow, to watch a very convincing performance by the re-imagined ‘ABBA’, as ‘Little Things’ draws to a close.

After what was one of the biggest and most anticipated comebacks in history, ABBA’s new album Voyage was released last month, going straight to the No. 1 spot in 18 countries including the UK, Germany, Australia and Sweden and reaching No. 2 on the US Billboard 200. In its first week, Voyage achieved worldwide sales in excess of 1 million copies, and has received more than 190 million combined streams to date.

The single ‘I Still Have Faith In You’ has just received the band’s first ever Grammy nomination for ‘Record of the Year’.

Speaking on the success of Voyage: “We are so happy that our fans seem to have enjoyed our new album as much as we enjoyed making it! We are absolutely over the moon to have an album at the top of the charts again / ABBA”.