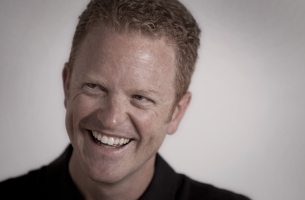 Wenstrup joined SCC in 1995 as an assistant account executive from Ketchum and has served as the agency’s Chief Administrative Officer since May, 2011.  His new responsibilities will include overseeing the agency's finance, human resources, IT and administrative departments, as well as SCC's financial involvement with other companies either partly or wholly-owned by SCC.  He also will oversee the agency’s real estate holdings.

"When Greg started with us, we were at about a dozen people," said Schafer. "He's lived through the agency's evolution as we've grown nearly tenfold, and has been instrumental in building out our infrastructure, pioneering systems, disciplines and protocols across departments. We’re very fortunate to have someone who can take this role from the inside with the deep understanding he has of our integrated operation."

Wenstrup, 45, who joined SCC as part of its account management team on the Vienna Beef and Cat's Pride Cat Litter accounts, moved into a general agency management role in 2008.

"Greg operates on a high idle with plenty of intellectual firepower," said SCC CEO and Co-Founder Tim Condon. "He took a keen interest in the agency's financial management and organizational structure, and his involvement has been critical as we have scaled up our operation.  He's been the one to help identify problems and create solutions, from building out our HR group from scratch, to developing our financial forecasting system and managing our banking relationships."

Wenstrup is one of dozens of SCC team members who have been with the agency for ten years or more. "We’re unique among agencies to have so many extremely talented and gifted players who started with us early in our history and have blossomed as top-tier professionals in the industry," said Condon. "And these are people who could work anywhere they choose."