The two Indian creative agencies took a stance against terrorism and conveyed to the world that we, as humanity, can be shattered, but not broken 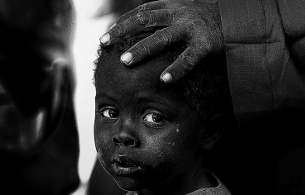 The world is fighting a new battle against terrorism every day. Whether it’s 9/11 or the Paris attacks, 26/11 or the recent Uri attacks, it is not the responsibility of the world leaders, diplomats, prime ministers, armies and police alone to fight this battle. We, as nations and global citizen, must take a firm stance against it too. Even if they aim bullets, grenades or the destructive nuclear weapons at us, we must stick to our resolve of a better world, of a world full of peace and love.

While each of the attacks left a scar on the heart of every Indian, the worst among all was the 26/11 Mumbai attack of 2008. When 10 men associated with a terror group, carried out a series of 12 coordinated shooting and bombing attacks across Mumbai. The attacks, which drew widespread global condemnation, lasted for four days, killing 164 people and wounding at least 308 (click here for CNN's full coverage of the attacks). 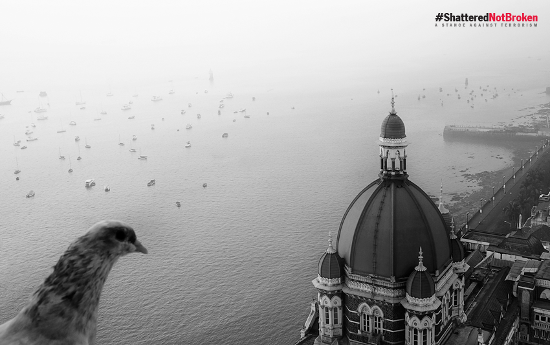 So, the point really is this. We may often get SHATTERED due to such attacks on humanity, but we have to show the world that our solidarity is NOT BROKEN. And it will never be.

To convey this metaphorically, this year, two creative agencies of India, Scarecrow Communications and ideas@work hosted a one-of-its-kind FUNDRAISING photography exhibition #ShatteredNotBroken – A stance against terrorism.

(Note: The exhibition is available online now at the official website of the initiative. To see the full image and read the whole story about the survivors, click on the shattered frames on the home page)

The photographs were captured by ace photographer Prashant Godbole (Founder, ideas@work). And they were uniquely framed with glass shattered by bullets and shrapnel. The subjects of the exhibits were real people who were directly or indirectly affected by the 26/11 attacks. People like the owners of Leopold Cafe, the announcer at CST station, the lady who lost her family, the cop who caught Kasab and so on and so forth. 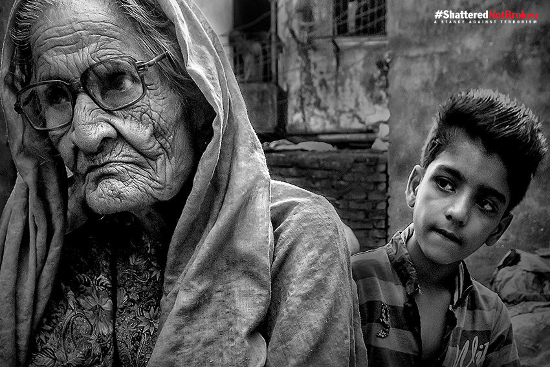 You can view a gallery of images from the event below:

In the beginning, all the exhibits were covered with a synopsis of the respective stories of survivors and eyewitnesses. All these exhibits were unveiled by some of the above mentioned dignitaries. While some were unveiled by the subjects themselves, like Kia Scherr (President, One Life Alliance) who lost her husband and daughter in the attacks, Bhaskar Kadam (Asst. Police Inspector, Crime Branch Mumbai) who caught Kasab alive and Dilip Mehta (MD of Pegasus Shipping) who spent 9 dark hours in a banquet of the Taj.

Talking about the initiative, Prashant Godbole, Founder, ideas@work and Photographer of the campaign, said, “The whole experience of meeting the survivors and brave police officers was life changing. It was amazing to see how there is no vengeance in their mind. They just want peace. They want to take this second chance they have got in life with gratitude and in turn help as many people they can. They want to send out the message of love to the world and they pray that this kind of thing never happens again. Photography is just the by product here. I have personally realised how important life is and it's up to you what you make of it.”

Adding to that, Manish Bhatt, Founder, Scarecrow Communications Ltd. & Scarecrow Art Gallery, said, "Even in the middle of the night, when someone asks me, which one or two pieces of communication created by you personally make your advertising career most meaningful? My answer so far is - in 2003, ‘Respect the National Anthem’ and in 2007, ‘Hostel - Eye Bank Association of India’. I want everyone who is associated with Scarecrow to create such meaningful communication in their careers, during their stints with us. #ShatteredNotBroken is one such attempt dedicated to my team. More you collaborate for such projects, bigger they become. Hence, made it collaborative."

Juhi Kalia, Head of Facebook Creative Shop, India & Indonesia, said, "Relive the day with LIVE. This was a beautiful use of FB Live to help support the bigger initiative of #ShatteredNotBroken driven by Manish and his talented team. It was a series of live streams that mirrored in real time through the day, the fateful events that occurred when 10 shooters held Mumbai at gun point on the 26th of Nov. Stories of survivors and eyewitnesses, one of whom still has a bullet lodged in her spine, were broadcast from all the locations of the attacks. An homage to the fallen and a resolve to never forget."