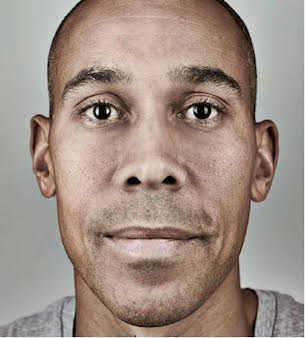 Davis has built an accolade-studded roster of work including his Academy Award (Best Documentary) and Emmy nominations for his directorial debut “Hardwood,” a short documentary peering into the life of his father and former NBA player Mel Davis, leading Davis to become the first Afro-Canadian to be nominated for an Oscar.

The acclaimed filmmaker brings a passion for compelling narratives that authentically tell personal stories and a talent for fusing powerful visuals with emotion to the branded entertainment world. Outside of his documentary work, he has helmed spots for such top brands as Coca Cola, Nike, Volkswagen, Ford and Heineken.

Davis' powerful documentary project Invisible City, which sheds light on social and racial issues surrounding teenagers in Toronto’s Regent Park district, went on to win the Best Canadian Feature Documentary at the 2009 Hot Docs Film Festival. His project “Once More” for Volkswagen Canada was a recipient of two Cannes Lions in 2014.

Click here to view a selection of Davis’ work.

Saville Productions’ Executive Producer and Founder Rupert Maconick notes, “Hubert is a great director with a unique and diverse directorial style that can bring the most authentic and personal narratives to life. He is a great fit for Saville and I’m looking forward to seeing the work he can create for brands.”

Adds Davis, “Saville’s roster and slate of work is very impressive and I appreciate the importance they put on the art of filmmaking. They have found a unique middle ground for documentaries and branded content that I can really relate to and contribute to, so it felt like a natural fit.”

Vancouver, BC-native Davis earned a B.A. in Film and Communications from McGill University in Montreal. Upon earning his degree, he launched his career as a commercial editor, where he was exposed to a wide range of narratives and aesthetics, honing his skills in crafting entertainment through the art of stitching visuals. Davis’ editing background continues to inform his directorial approach today, guiding his lens toward striking visuals. He also remains closely involved in the editorial process, collaborating closely with editors to carry the concept all the way through final delivery.

With a passion for telling meaningful, articulated stories that transcend through conventional topics, Davis has built a strong reputation as a director for both long-form and short-form content in the Canadian filmmaking scene. His recent work includes Giants of Africa, a feature length documentary following the story of Toronto Raptors’ President & GM Masai Ujiri’s youth basketball camps throughout Africa. The film premiered at the 2016 Toronto International Film Festival. He is currently working on a scripted drama series and a top branded project that is slated to release in 2018.

Davis is based in Toronto, CA and when he is not fully immersed in a project, you can find him spending time with his family or relishing in his deep-rooted passion for sports.