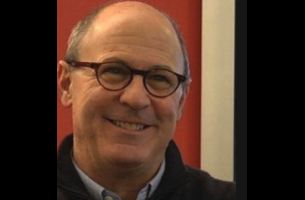 Oscar-nominated documentary director Robert Kenner has joined the roster at Venice-based production company Saville Productions for his first commercial representation. The director’s accolades include a Primetime Emmy for his American Experience episode “Two Days in October;” along with an Emmy, and Oscars, Independent Spirit and DGA Award nominations for Food, Inc., among many other awards.

“I’m thrilled to make nonfiction reality-based spots for agencies,” says Kenner. “I like to bring out the honesty in people - getting to the core of what is real.” Kenner feels that the type of incisive look into real life that his films offer is especially pertinent for today’s commercials. “There is a certain authenticity that is lacking in the world of advertising lately,” he adds.

The American director also writes and produces many of his projects. He is best known for the critically acclaimed documentary Food, Inc. (2008), which examines corporate farming and the unhealthy agribusiness practices that plague the overall health of Americans and is harmful to the environment, employees and animals. His other prestigious documentaries include Command and Control, Merchants of Doubt and When Strangers Click.

“Documentary filmmaking excellence easily translates into award-winning campaigns,” notes Saville Productions Executive Producer Rupert Maconick. “Robert Kenner is considered one of the best in the documentary genre and we are very pleased to have him join the roster at Saville.”