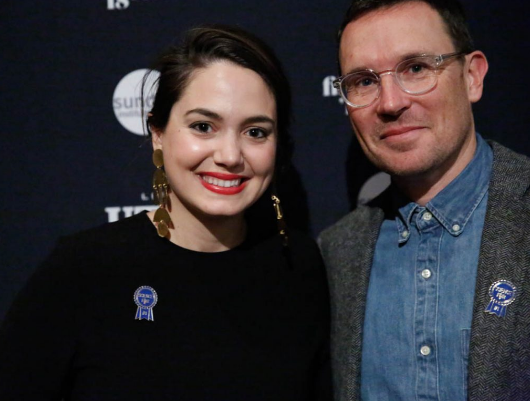 Click HERE to view a selection of the duo's work.

Crisitna Costantini is an award-winning documentary filmmaker and journalist. In 2015, her first TV documentary Pimp City, which uncovered a cross-border U.S.-Mexico sex trafficking ring, was nominated for two Emmys. Later that year, her reporting on immigration earned her an award from GLAAD for her investigation on the treatment of detainees in U.S. immigration centres. She also earned the top investigative prize in 2015 and 2016 from the National Association of Hispanic Journalists for investigations related to the U.S. prison system. She has reported for a variety of top news organisations including the New Haven Independent, The Huffington Post, ABC News, Univision and Fusion. Wisconsin-native Costantini earned a Political Science degree at Yale University and is now based in Los Angeles.

Darren Foster is also an award-winning journalist and director specializing in character-driven, exposing storytelling. His profound reporting on the opioid crisis kicked off in 2009 with The OxyContin Express, which received a Peabody Award, a Television Academy Honor and an Emmy nomination. Other notable projects on his roster include: Chasing El Chapo, a documentary about the hunt for infamous Mexican drug dealer Joaquin Guzman Loera,  “Borderland,” a critically-acclaimed series that followed six ordinary Americans of different political persuasions on a journey from Central America across Mexico and the U.S. border, and Inside: Secret America, an investigative docu-series he co-created and produced for National Geographic.

Prior to directing Science Fair, the directing duo directed and produced the investigative documentary Death by Fentanyl  about the role of fentanyl in the opiate epidemic. The documentary went on to win the Alfred I. duPont–Columbia University Award in 2017.