#SaveTheDay with Doctor Who Digital Campaign 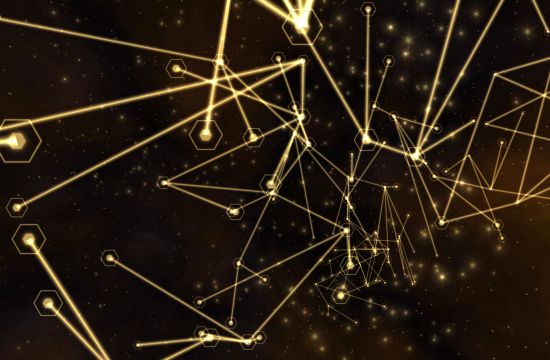 The BBC and BBC Worldwide have launched an interactive website and fan powered social campaign designed to celebrate the 50th anniversary episode of one of the BBC's most iconic and enduring shows, Doctor Who. The episode will air on BBC One on Saturday 23rd November and will be simultaneously broadcast in over 75 countries and in hundreds of cinemas across the globe.

The project was devised by ZAG, the consultancy arm of advertising agency BBH. ZAG was briefed to create a digitally-led off air campaign to harness the excitement and creativity of Doctor Who fans around the world in the run up to the show’s 50th anniversary on 23rd November.

ZAG has created an interactive TARDIS which acts as a hub for fans to show their support for the Doctor - to send messages, upload content and explore creations from other fans. On arrival at the site, fans are greeted by a specially shot clip featuring Matt Smith as the Doctor. Fans can then either explore content through the 3D, spinning golden TARDIS or upload and tag their message of support for the Doctor on Facebook, Twitter and Instagram #SaveTheDay.  Short preview clips of the episode will be unlocked as fans share and upload. 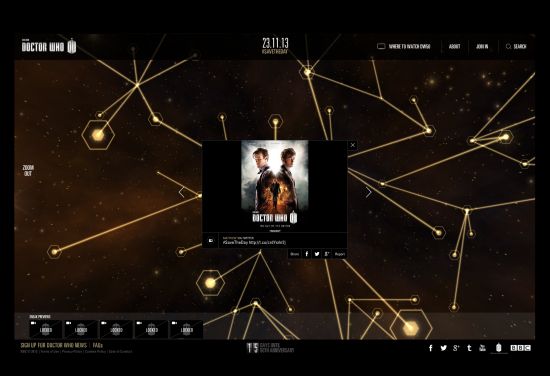 The TARDIS is supported by on air trails which will air on BBC One.  ZAG worked in close partnership with Red Bee Media who have developed the on-air campaign.

Kerry Moss, Acting Head of Marketing, BBC One: "We're incredibly excited about launching the digital TARDIS to celebrate the 50th anniversary of Doctor Who. In the weeks leading up to the broadcast of the show’s special episode on BBC One and around the world on 23rd November, the site will showcase and celebrate the passion and amazing creativity of Doctor Who fans".

Julia Nocciolino, Acting Commercial Manager, Doctor Who BBC Worldwide: "The digital TARDIS will provide us with a unique opportunity to aggregate and showcase the incredible passion and creativity of Doctor Who fans around the world, in celebration of this incredible milestone for the Doctor Who brand.”

Richard Davies, Design Director at ZAG: “ The digital TARDIS beautifully displays the efforts of Doctor Who fans in an immersive golden galaxy of nodes, stars and data points, each interlinked to describe social connections”.

The site will go live on 7th November and can be found here:www.doctorwhosavetheday.com