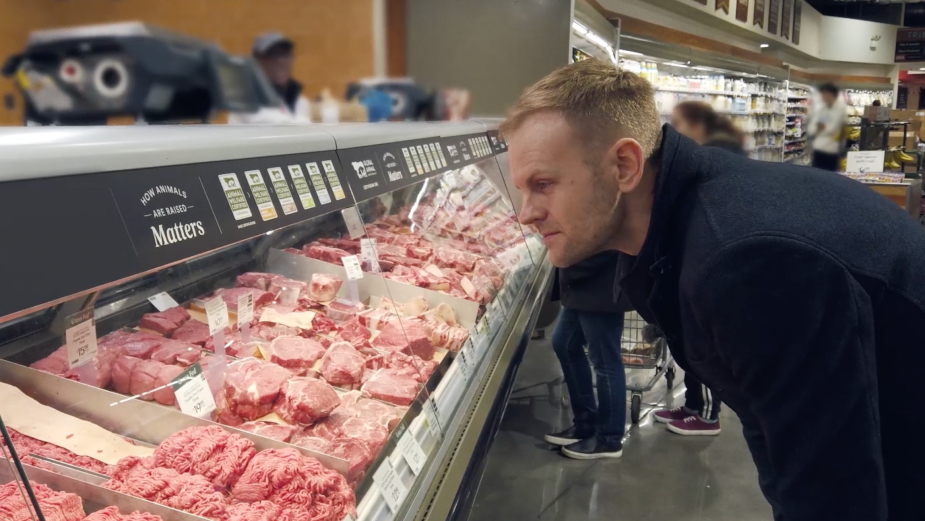 McCann Stockholm and The Swedish Food Federation have launched Eat A Swede, a campaign which aims to spark debate and discussion about sustainability and feeding the world’s growing population, which is expected to increase from 7.8bn to 10bn by 2050. The Swedish Food Federation believes extensive and urgent changes in food production are required if we want to meet food needs while protecting the Earth’s resources. One way is to ‘Go Swegan,’ by adopting the country’s healthy national diet and sustainability practices.

Actor Alexander Skarsgård (Big Little Lies, The Legend Of Tarzan), who was born in Stockholm, takes part in the satirical film designed to raise awareness of the global food deficit and Sweden’s world-leading sustainable food production standards. With some of the highest standards of animal welfare in the world, lowest use of antibiotics and strict rules on pesticides, Sweden is at the forefront of sustainable practices.

Swedes historically have fewer struggles with obesity than British or American families. Swedish Food Federation chairman Lars Appelqvist says sustainability for producers and consumers is one of the most urgent issues of our time.

And while the narrative of the film is both drastic and satirical -- we’re not ready to eat ‘human’ lab-grown meat, just yet -- the Federation, which represents 800 food and drink companies in Sweden, say there are other ways in which everyone can contribute.

On https://eataswede.com, The Federation provides concrete examples of how well-known Swedish food companies such as Arla, The Absolut Company and Oatly are well on their way to making the shift to sustainable production. The site also lists facts about Swedish food production, including that the country has the lowest use of antibiotics in the EU, energy use is 99 percent fossil free and industrial food waste has been radically reduced to just 3 percent.

More details about how to Go Swegan.