Quirky new spot makes the most of 'dry' humour 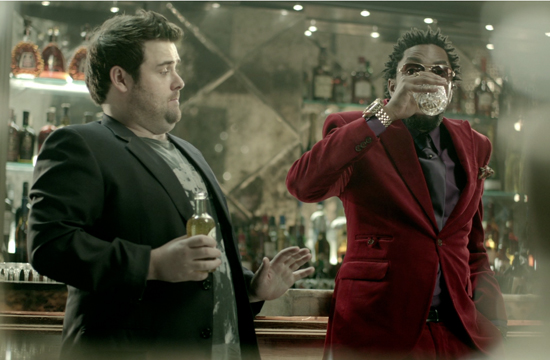 The scene: A fancy bar. Music is playing. Two guys stand by the bar counter, surveying the room. The one guy is dressed in a flashy velvet suit with shades and shiny accessories and is holding a drink in a crystal glass. The other man, a regular bloke, is drinking a Savanna. The Savanna guy looks over at the other man and can’t help but notice the enormous piece of bling on his wrist.

“Someone’s hit the big time,” he says cheekily.
“Oh yeees, lots of money...,” says the other man, admiring his enormous gold wristwatch with a boastful grin.
“Is that a watch or a clock?” the Savanna guy continues.
“Oh no, it’s definitely a watch, my bratha,” the man in the velvet suit says.

Just then the suited man notices a beautiful woman wearing a sequin dress and blows her an unsolicited kiss. She is not impressed, but the suited man continues to grin at her, paying no attention to her disapproval. At that moment the Savanna bloke interjects and delivers a dry comeback: “Me, I go for the minimalist look. It’s timeless.” He shows the man in the red velvet suit his bare wrist. It’s an awkward but amusing moment – as dry as the Savanna he is holding in his hand.

Barnwell explains the creative direction of the commercial: “While Savanna is still made and tastes exactly the same way, in this execution, it has a completely different flavour. For the first time, Savanna is venturing out of its usual environment and is mingling with a whole new crowd. Not to worry though, it’s still Savanna to its apple-core, it just has a different twist.”

The commercial will be on television screens until summer.