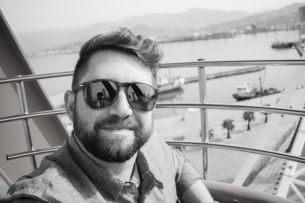 Mike has a black belt in quirky comedy with years of experience in the VFX domain. His commercials are often broad, silly and bold with high-impact humor and razor sharp visuals. “I love to imagine things that are one or two steps removed from reality,” says Mike on his signature style. “Just far enough to put a smile on the viewer's face.”

Mike’s unique take on funny was first seen in “Too Delicious” for Doritos, a Top Five winner at the "Crash the Super Bowl" contest – deliciously zany fun featuring an unsuspecting worker “imploding” after eating a chip plucked from bonsai-sized shrubbery.