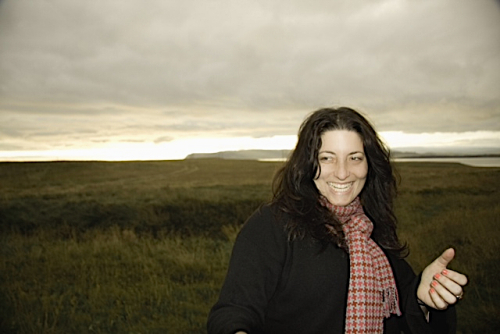 Bicoastal/International production company SAVAGE has added Melissa Silverman to its roster. Clients include Starz/Directv, McDonalds, Tuborg Beer and Revlon while awards from D&AD, PromaxBDA and TELLY Awards combine with an EMMY nomination for Nickelodeon.

Silverman cut her teeth directing and conceptualizing for On Air Promotions at MTV. She quickly gained recognition for her subtle situational comedy, often writing  and directing on high profile campaigns with celebrities including Madonna, Conan O’Brien, Donald Trump and The Foo Fighters. She then branched out, directing spots while still at MTV, helming projects in the US and Europe for clients including Tuborg Beer and technology company Siminn.

“I quickly realized that the look of my work at MTV matched up nicely with branding,” she explains on directing spots. “With comedy it’s down to subtlety, even in ridiculous scenes. I am drawn to performance and humor that is not necessarily bold, but humor that aptly underlines the moment.”

Queried on changes in advertising since moving on from MTV, Silverman answers that, “the expectation is to deliver more in the same amount of time; at MTV we didn’t have the luxury of time and money – but we did have creativity. That taught me to be resourceful and to create quality work under all kinds of situations.”

SAVAGE Founder Pavla Burgetova feels that Silverman’s authenticity is the key to her creative success. “Melissa has a natural affinity for humor and the ability to discover genuine, amusing moments in everyday situations,” she explains. “She is a valuable addition to the company because her comedy is honest and real, and that’s something the audience relates to.”

“I wanted to land somewhere that suited my sensibilities,” Silverman adds on joining SAVAGE. “Pavla has a company that creates compelling visual work, and I feel that my observational comedy segues in nicely with her roster. I see a lot of creative potential on the road ahead.”