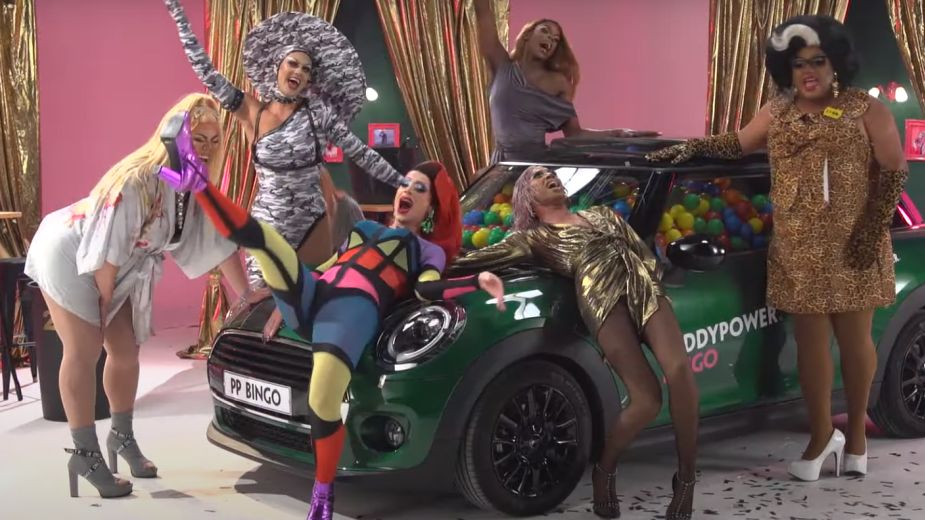 Paddy Power and VCCP have today launched a new campaign for Paddy Power Bingo with a special Drag Race twist, which gives customers the chance to drive away in a brand new Mini Cooper.
Customers will need to correctly guess how many bingo balls can fit inside the car for a chance to win. Or, instead of guessing, contestants can count the balls. But Paddy Power Bingo will Drag It Out, by making contestants watch every last ball as they are placed inside the Mini Cooper during a 5 hour long Drag show.
The film features RuPaul’s Drag race UK stars Baga Chipz, Vinegar Strokes and Divina De Campo.
Those tuning in for the endurance event can watch the Drag artists go head-to-head in a series of entertaining challenges, as they take turns in imitating certain toxic talk show hosts, WAGs in court and much more.
Kevin Masters, Creative Director said: "You can't move for competitions these days, so we wanted to take a traditional competition and give it a twist.
"Instead of guessing how many balls are in a Mini, we challenged people to count them going in... but we wouldn't make it that easy. So we dragged it out to five hours with the help of the country’s best drag artists, including stars of RuPaul's Drag Race."
view more - Creative

Client and campaign: Paddy Power Bingo - Guess or Drag It Out