Forever’ founder and EP talks about the need for mindfulness in the industry, why the social aspect is crucial to creativity and why it's her idea of hell to do everything remote on a laptop 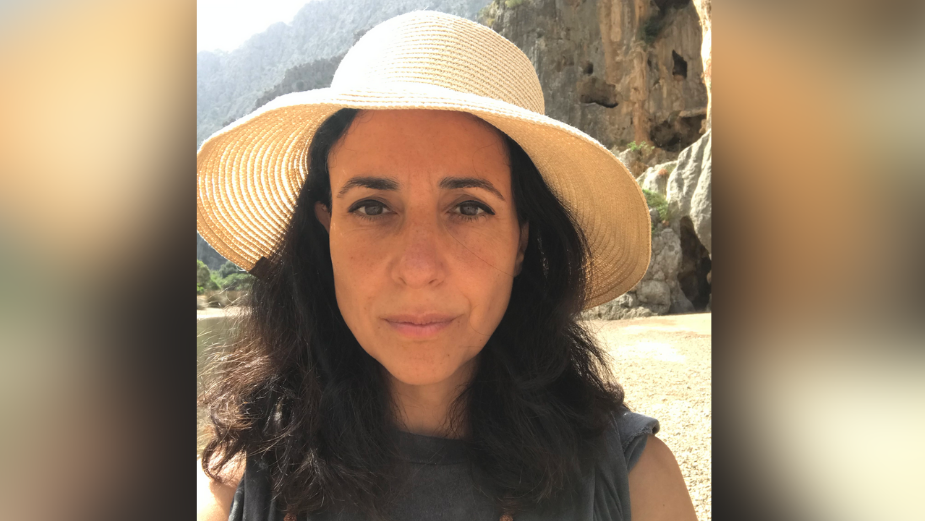 Production Service Network, the one-stop-shop for worldwide film & photo shoot support, is proud to support creativity across the planet. As part of that mission, we’ve teamed up with LBB to celebrate the past, present and future of the big creative idea. Over the course of this upcoming interview series, we’ll speak to producers who’ve breathed life into creativity and, quite simply, been the driving force that made incredible things happen.

For the second interview in the series, LBB speaks to Sasha Nixon, the founder and EP of the award-winning London-based production company, Forever, which specialises in music videos, commercials, and online content. Before founding Forever, Sasha spent nine years at Partizan as head of music and EP, which saw her work with some of the industry’s biggest names including Paul McCartney, Beyonce, The Rolling Stones, and Foo Fighters. She’s also worked with a number of huge brands. Today she shares her thoughts on the industry’s sustainability efforts, the creative power of collaboration and cross-border border shoots, plus her career highlights and the latest sunny spot she shot for Tui.

LBB> How does shooting on location add value, perhaps authenticity, that a viewer can see when they watch a piece of work?  How important is that to an advertiser's campaign?

Sasha> Authenticity is a really key word. It's important for everyone, including the director. But the intention, if we're talking about locations, is to look like you have shot where you’re saying you shot. It depends on what it is: a beach or an interior space could really be anywhere. You've got to use an art department that can provide authenticity.

In terms of value, it's very difficult, because it's incredibly expensive to shoot in the UK now. We're competing with much longer productions that can hire the best people for a year, so the talent pool is smaller, and therefore more expensive. Plus, crews are also much pickier because there is so much more work for them. As a result, the advertiser might think that it would be cheaper to take things out of the UK, now that it’s becoming easier with vaccination.

Abroad, you can get incredible crews without all our difficulties over here. I'm slightly worried that we're going to lose a lot of work to shooting abroad, now that you can get greater value there and it seems like a safer bet.

LBB> Some have argued that remote shooting has been helpful in combating issues related to sustainability. What’s your take on that, and do you think there are steps which can be taken to ensure on-location shoots are greener?

Sasha> Ideally, you’d just take an intelligent view on a case by case basis — it would be very difficult to have a mandate. Every company has to take a hard look at things. It starts with the creative, in the room where they're creating scripts, and looking to tell the story just as well in a more ecological way. Ensuring we’re green is something I and my compatriots take really seriously. We have really tried to find ways for people to be fed and watered without a ton of plastic. AdGreen specifically is doing a lot of work to educate us on ways to cut down our carbon emissions. Younger crew members are certainly very aware and will pull you up on things — nobody wants to see plastic bottles on set. It's changing for the better.

When one is bidding on a job and doing the budget, one has to look line by line and work out where things can be done differently. We need to be more efficient cost-wise, but also in terms of reducing consumption and energy. AdGreen is taking a larger standpoint, but at a micro level, there are certain things we can be doing.

Beautiful ads were made in the 60s, 70s, and 80s, when life was way harder. We need more balance — if that means that everything is a little harder or more expensive, then that's how it has to be. It’s about mindfulness, and being more conscious on a case-by-case basis. I find it hard to work with or even understand the mindset of people that are completely asleep to environmental issues. They're weeded out of my world, and I hope we're all doing that — we've got to, we have no choice.

LBB> From your time working on physical sets over the course of your career, is there a particularly interesting story or moment that really stands out in your memory?

Sasha> The most magnificent shoot of my life was Michel Gondry directing for Paul McCartney in 2007. The video starred Natalie Portman and  it was a huge set build, and very memorable. We were on Black Island for three days, we built an incredible set, we had amazing vegetarian food, and Paul McCartney would play the guitar for us while Michel Gondry would play the drums at lunch. It was just pure bliss.

I also remember shooting a Bjork video in New York that was highly technical (we built a machine involving string and paint) and a one shot take; if it went wrong, it couldn’t be reset. We only had one chance to get it right, so it was extremely nerve-wracking, especially as Tilda Swinton and Matthew Barney were hanging out on set watching us.

LBB> Is there a project (or projects) from your career that really showcase the magic of physical production across borders?

Sasha> Probably no better example in my career than Naughty Boy ft Beyonce video, which won a Cannes Lion award and received many other nominations and awards. Directed by Charlie Robins and shot in the beautiful waters of French Polynesia featuring free divers.

LBB> Can you tell us a little bit about the location of the Tui film you shot that has just come out?

Sasha> It was shot in and around Palma on Mallorca, through Palma Pictures, the PSN Spain partner. We needed a location that was nearby and easy for us to get into; that would provide the variety of locations we needed at the right price — the shoot had to appear to be shot around the globe.

LBB> Did you consider any other locations before you landed on Palma?

Sasha> We considered Croatia, and Thailand was mentioned, but essentially Palma had the best conditions and best weather for June.

Palma is just a lovely place to shoot. The production services there are really fantastic. It has a variety of location options: beaches, mountains, lakes, vineyards… Everything we needed to tell this story was there. That’s what really swung it — it was very quickly Palma above all else.

LBB> How many locations did you shoot the Tui spot in?

Sasha> I would say 15 to 20. Palma had pretty much everything we wanted, but there is also some stock footage — they wanted a skiing shot in June, which we would have had to go to South America for!

LBB> How did you go about finding the best crew?

Sasha> Palma Pictures, the PSN Spain partner, organised it, but we brought our DOP over, who actually lived in Palma! We quickly got the first AD we wanted, and the stylist we wanted despite the talent crunch ongoing at the time. We were given some excellent choices to work with even though June was such a busy time for production. I think there were sufficient levels of vaccination to make people feel safe, so all our client and agency crew came on set, which I imagine wouldn't have happened six months ago. 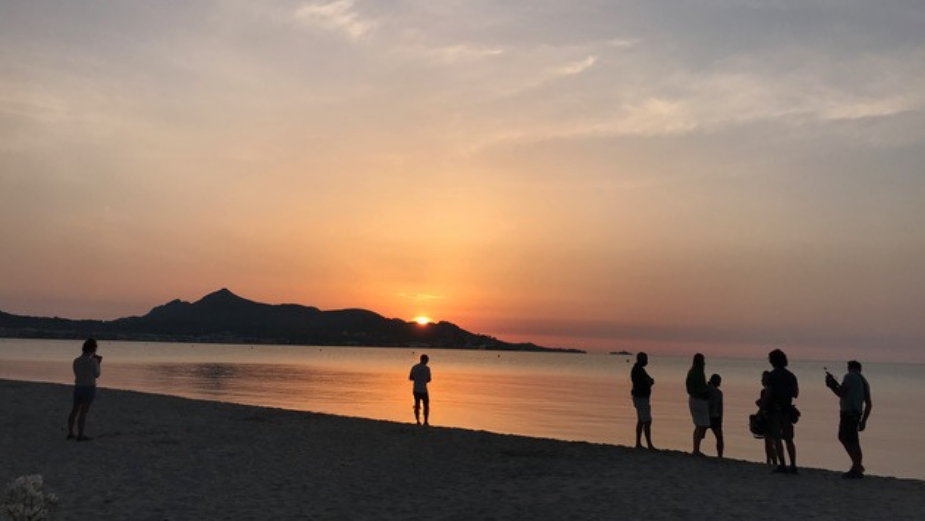 LBB> Logistically, how much of a challenge was it to shoot there?

Sasha> We all already know about the struggles of Covid: restrictions were more complicated in June, and the self-isolation required upon return was challenging.

Apart from that, it wasn’t that challenging. The talent and the quality of the crew in Spain is outstanding, so it's very pleasing to shoot there. We had to cast both on the mainland and on Palma, and send quite a few people from the mainland.

LBB> Why was filming on-location more desirable than utilising virtual production in this instance?

Sasha> I don't think virtual production was ever an option for this, because it required a very naturalistic approach. It's people enjoying beautiful, exotic locations — there just isn't a way to do that remotely with the client not being there. They're so involved — rightfully so — and they just wouldn't have agreed to that. It was the first time the agency and the client had worked together, so it seemed impossible not to fully be there. However, with sustainability and environmental issues, it’s very much in our minds that it may have to head that way more.

LBB> In your opinion, how has shooting changed in the last two years?

Sasha> Shooting has become less and less fun because of all the challenges. Even just wearing masks on set reduces the fun and the bonding. We like to go on set, and I don’t see how fun things would be without that social element. My idea of hell would be doing everything on my laptop, including the bit where I meant to be in a room with 30 people — I don't think anyone wants it to go that way.

The social aspect leads to creativity too — it’s not just about having a laugh on set. Creative collaboration requires people in a room together. There's a certain amount of chaos and chance that comes into shoots, which is a buzz, and it's exciting. It contributes to the general creative atmosphere. 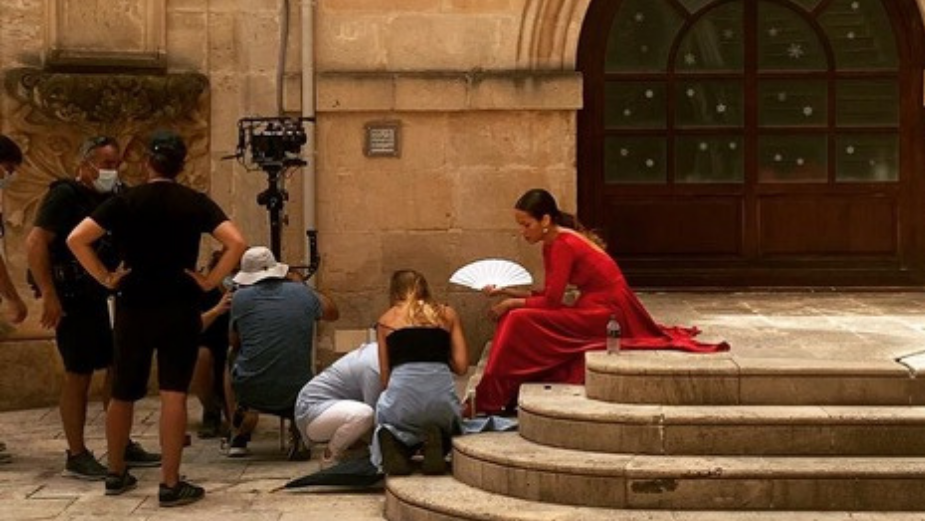 LBB> Finally, what trends are exciting you in the world of production at the moment, and how do you see them shaping the industry into the future?

Sasha> I don't see remote shooting as a trend — I think that that's going to disappear, just like Zoom parties did. But it was brilliant - it's weird to think that two years ago, Zoom was something no one had heard of, and now it's transformed meetings. It is amazing that thanks to online meetings, you don’t have to be tied to a specific office or a city. However, what we do is still a physical job, you need people to turn up.

I don’t see much innovation coming out of the world of commercials production to be honest, or even music videos, in terms of technology (Virtual Production, meaning the use of Unreal Engine technology, may lead somewhere interesting but it’s expensive and niche for now) but I do welcome a shift towards a vast improvement in the culture on set, where diversity and inclusion are concerned, as well as the wellbeing of crew, and am personally delighted at how much I witness women supporting each other and sticking together, rather than competitiveness being the main energy.

LBB> Do you think that remote shooting will be relegated to Covid history?

Sasha> Well, let's see what happens with Covid. If we're meant to live with it, or the vulnerable are going to remain afraid of it, or if there's a pregnant director, then it's become a really great way to get around that. It's a great thing, but I don't think it's going to become a real contender as a new way to shoot. I think it would make a hard job that had a social aspect we all enjoy less attractive.

Chinkara Singh: “A Producer Must Keep the Story Alive at All Costs” 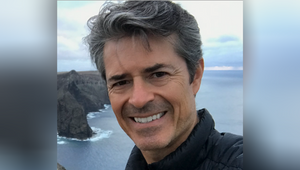 Producers: “We Can Be The Antidote to Stifled Creativity”

A Herculean Effort: The Globe-Spanning Production Powering the Olympic Games
View all News