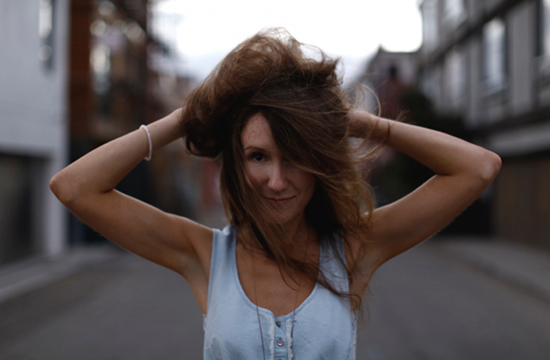 Sarah Chatfield’s path to film was set into motion after completing an Art Foundation course in Brighton, in her native England.  From there, Chatfield studied Television Production at England’s Bournemouth University and Film Production and Cinematography at Ryerson University in Toronto, Canada. It was during this time when Chatfield learned the ropes of lighting and cinematography while working as a camera assistant, eventually leading her to work as a DP on a number of short films.

Ultimately, Sarah’s immutable passion for directing prevailed, and she found herself helming a low-budget video for the track ‘Far Away’ by Mlle Caro and Franck Garcia.  The clip opened the door to various commissions for other up-and-coming bands, and landed Sarah a directorial signing with her London production company, Colonel Blimp.

Chatfield’s breakout moment came when she directed the colorful video for Lily Allen’s “Alfie,” which earned her Best New Director and Best Pop video at the UK MVAs. Her music video career was set into motion, and the bright young director was soon crafting her brand of edgy, ultra-chic visuals for pop artists such as Kelly Rowland, The Saturdays, and Lykke Li, to name a few.

Chatfield’s cites the greats of fashion photography such as Guy Bourdin, Nick Knight, Sarah Moon and Stephane Sednaoui as pivotal influences in developing her colorful, editorial-like aesthetic. Her fashion sense and edge has led her to direct a number of widely acclaimed fashion films, including two presentation films for Yves Saint Laurent shown at Paris Fashion Week. She has created the moving images for several London Fashion Week catwalks, working with top designers such as House of Holland, Louise Gray and Cottweiler, and is currently working on yet another London Fashion Week commission.

Sarah Chatfield is thrilled to be joining Black Dog Films’ talent-packed roster, she says, “because they are a trusted, high-quality company with solid history of putting out inspiring and award-winning work.”  Indeed, Black Dog Films recently celebrated 15 years of producing some of the music world’s most iconic videos, and earned a total of 18 nominations for the upcoming 2013 MTV VMAs.  Chatfield says, it was the unmistakable caliber of their roster and the producer’s belief in their directors’ experimental visual styles that solidified her new home stateside, “Being a part of a company that has a focus on quality, as well as innovation and creativity is key for me.”