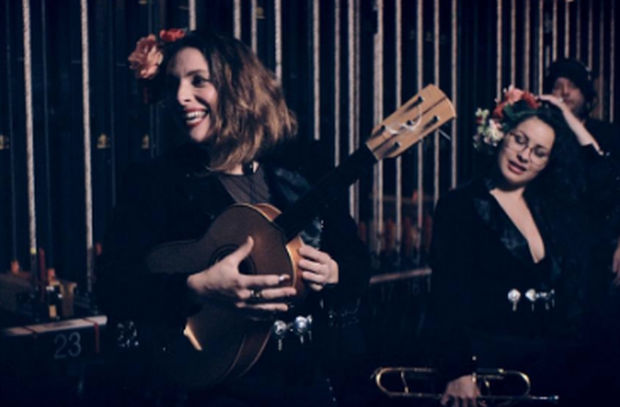 São Cosmetics spotlights the groundbreaking musician Shae Fiol -- co-founder of the Latin GRAMMY-winning all-women mariachi band Flor de Toloache -- as she benefits from all-natural makeup products while caring for her daughter and touring for shows, in the new spot “São Presents: Flor de Toloache,” directed by Shaun Kosta. Kosta brought in Fiol and Flor de Toloache on the project, connecting the bands’ preference for all-natural products as parenthood takes a leading role in their multifaceted lives.

As co-founder of NYC’s first all-women Mariachi group, Fiol celebrates her ability to perform, tour and nurse her daughter while on the road as a working mother. Kosta examines the artist’s relationship to products that could affect her health and the overall well-being of her daughter while breastfeeding, including stage makeup. Intermixed a heartfelt discussion with a resounding stage performance, Kosta captures the inherent joy in Fiol’s career and love of parenting.

Notes Shaun, “A nursing, Latin Grammy-winning rock star in need of 100% natural cosmetics — São asked me to make them a spot and that’s what I pitched them. Said rock star was my first-ever girlfriend in the 6th-grade band, where she played the flute and I played the trumpet. Now Shae and I, longtime friends, are excited to collaborate for a great cause and great products.”

An award-winning writer and director, Shaun has helmed bespoke commercials for brands including GMC, Emirates Airlines, Dell and Microsoft. In the film space, he has optioned screenplays to the likes of Rhino Films and others, earning worldwide recognition and honors for his debut feature film “The Republic of Two.” Most recently, Kosta began developing the book Scars by Richard Berg, CSC for feature film adaptation.

Flor de Toloache releases their next album May 31st.