Santander Asks ‘What Should a Bank Be?’ 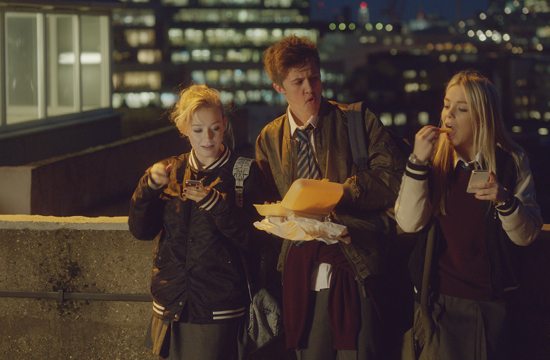 This Sunday, 9 March Santander will launch its biggest campaign to date to support its new positioning for the bank.  It will focus on what Santander believes a bank should be, ‘Simple, Personal, Fair’.  The new campaign follows the success of its award-winning 1|2|3 products, which offer customers innovative features such as cashback on everyday spend and interest payments and a simplified product set.

The integrated campaign, developed for Santander by WCRS and Carat, will launch with a 90” TV commercial this Sunday on ITV. Created by WCRS and directed by Steve Reeves (Another Film company), ‘Three words’ is a collection of vignettes which depicts everyday words being used to describe a variety of people and things, such as a mother, a brother and an athlete.

The idea is that everything in life can be summed up in three words and that is reflected in Santander’s belief of what a bank should be, ‘Simple, Personal and Fair’. These words have also been worked into much of what Santander bank has been doing over the past 18 months, and will continue to do, in terms of product development and innovation.

The campaign continues to feature the brand ambassadors Jessica Ennis-Hill, Rory McIlroy and Jenson Button, but in the 90” spot they are used as part of the story, rather than the protagonists, to help build the story and establish the new positioning.

The TV will be accompanied by product spots led by the three ambassadors as well as a large digital, outdoor, cinema, digital and press campaign, as well as reflected in all branch communications.

Keith Moor, Chief Marketing Officer at Santander, said: “Customers in the UK have been clear in what they want from a bank and they have been clear about what they expect from us at Santander. We have embraced this challenge and our brand new campaign is about showing customers how we aspire to be Simple, Personal and Fair, showing them we are listening and doing all we can to build a better bank. This campaign will build on the success we’ve had in recent years in growing consumer awareness and confidence in Santander. This confidence is key attracting new customers and developing deep and lasting relationships.”

Matt Huntingford, Client Director at Carat, said: “Santander had huge success with its 1|2|3 campaign last year, making them the number one challenger to the ‘big 4’ banks. ‘Simple, Personal, Fair’ represents how banking should be and is an evolution of the 1|2|3 campaign.”

Billy Faithfull, Creative Director, WCRS said: "There's something refreshingly honest about Santander's insistence that everything the organisation does must live up to three words. But it goes well beyond broadcast marketing, Simple Personal Fair is as appropriate for the boardroom as it is the branch. I love ideas that people can get involved with and summing up the things that surround us in three words is a game anyone can play anywhere and apply it to anything. That's a truly viral, interactive idea. So this launch is just the start of what I'm sure will be an enduring campaign that will only continue to show how flexible it is with each iteration, from in-branch pens to twitter posts."

video
Santander Asks ‘What Should a Bank Be?’
view more - Creative