Courtesy of video sharing website Cameo, Coke are giving their US and Canadian fans the chance to win a personalised video message from Father Christmas himself 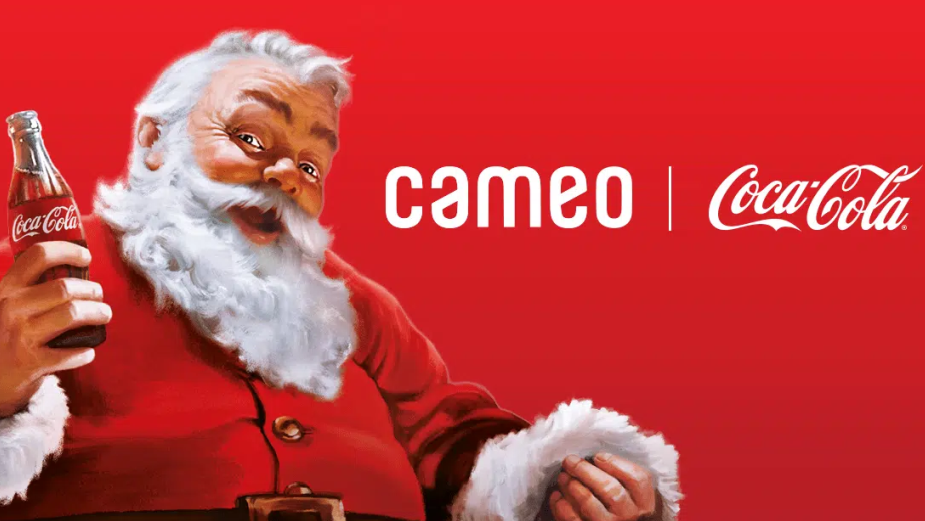 ‘Real Magic at Christmas’ is Coca-Cola’s first Christmas campaign under the new Real Magic brand philosophy that launched in September. As always, Coke released a short film to kick off their holiday celebrations, created by dentsuMB UK and directed by Rogue Films’ Sam Brown. Titled ‘Chimney’, the uplifiting film shows a boy sharing a moment of ‘real magic’ and Christmas chim chiminey cheer with an elderly neighbour.

Alongside the festive film in North America, the campaign includes a unique collaboration with digital video sharing and fan connecting platform Cameo. By visiting Coke’s holiday hub online, American and Canadian Coca-Cola fans can sign up for the chance to receive a personalised video message from Santa. The videos, which are available in English, Spanish and French, aim to continue the brand’s century-long association with the icon of Christmas Saint Nick, who first appeared in Coca-Cola advertising in the ‘20s.

Speaking on this digital activation, Arthur Leopold, chief business officer of Cameo says that, "Cameo exists to facilitate impossible fan connections and create memories that last, and we're thrilled to partner with Coca-Cola to bring a new way for families and fans to interact with Santa Claus this holiday season.” Continuing on the innovative partnership between the online video sharing platform and the soft drink giant, Arthur says, "We've taken the traditional meet-and-greet with Santa Claus and turned it into a more accessible, authentic, and personalized experience, and we look forward to enhancing future holiday celebrations by providing access to more iconic figures we know and love."

With entries closing on November 16th, the lucky recipients will receive their custom messages at random over the Christmas period. Fortunately for those that miss out, the wider public will have access to a virtual event -  hosted by Coke and Cameo with special celebrity guests -  where Santa will introduce the Chimney short film. Additionally, the ‘Coca-Cola Caravan’ will be back on the road this holiday, with the iconic Coca Cola trucks spreading Christmas cheer to cities globally,  giving even more people the opportunity to witness the ‘real magic’ in real life.