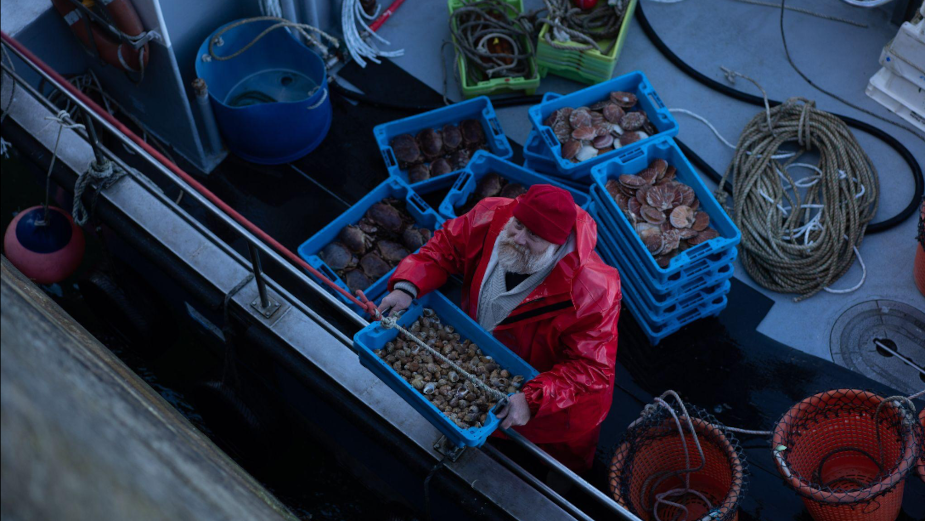 Named number one for the freshness of its fish by Kantar in July, it’s only natural that Auchan has chosen to put its fish counter centre stage during this period of preparing for the festive celebrations, to shine the spotlight on the excellence of its products and bring even greater pleasure to tables across France.

So what if Santa Claus didn’t come down from the sky but came to us from the sea … to bring his treasures up from the depths to Auchan? This is the scenario brought to life by the Orès creative agency. Shot in the port of Saint Vaast la Hougue, the new Auchan Christmas film follows the daily life of a sailor from his return from fishing to delivery of his products. Fascinated by this bearded fisherman dressed in an oilskin and red cap, children hide to see him better and follow him on his travels. Straight from the open sea, mightn’t this mysterious character be Santa Claus?

In this film directed by Vianney Lebasque, “there’s little dialogue, and it’s mainly action and music which translate emotions”, stresses Nicolas Guittard - creative director. Having become an iconic element of Auchan’s campaigns, it’s the tune of Mr Sandman which accompanies this new work and emphasises its complicit, intimate world. This is a fourth version re-orchestrated by the ‘Chut ! on vous écoute’ studio.

The film will be supported by a series of video clips highlighting the products that will be on our Christmas tables. Oysters, foie gras, caviar... exceptional products at low prices of unbeatable quality. All proof of Auchan’s commitment to defending the purchasing power of its customers, and even more so as the festive season approaches !